The drive from Arusha to Dar es Salaam was a long one, broken up into two days with an overnight stopover half way. We were making good time until we hit the city. The traffic in Dar is like none I’ve ever experienced before.

The traffic lights have no real significance as no one actually drives in accordance with them. One steady flow of traffic continues until the next brave person dares to inch out in to the perpendicular running traffic in the intersection. Next, the flow of traffic starts going this way until the same process repeats it’s self again in the opposite direction. To top it all off, we had our first minor breakdown. The clutch broke and we were broken down on the side of the road for about an hour until Asam, our driver, managed to get the truck working again. Our 6pm curse was not lifted as we made it to camp just after 6pm. 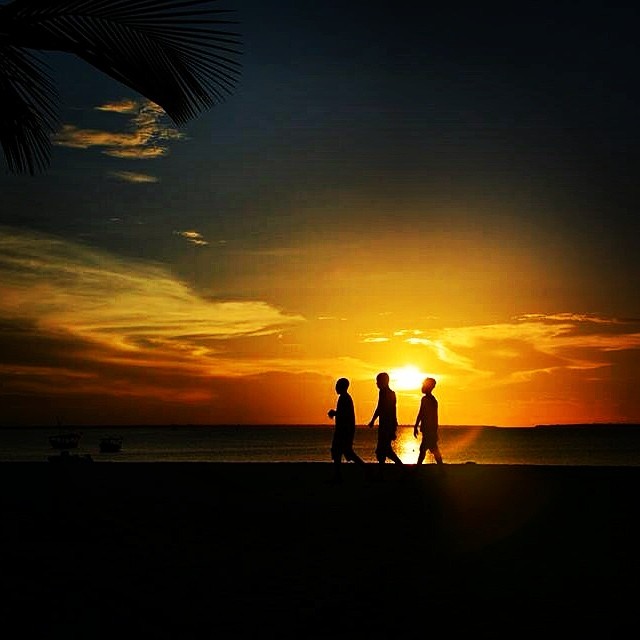 Just in time to set up our tents on the beach beside the Indian Ocean and take a quick dip in the bath warm water before dinner. After dinner we sat at the beach bar and watched the sunset and the giant crabs scurry sideways along the sand under our feet before turning in for an early night in preparation for an early rise and the journey to Zanzibar the following morning.

We got up early the next morning and left Camp around 7am to drive to the ferry that would take us across to the city centre which is where we were to catch the second ferry over to Zanzibar. With the smell of the nearby fish market in the air and the hustle and bustle of Dar es Salaam all around us we sat waiting in an air-conditioned terminal ready to board our ferry to the exotic island of spice. The whole process was much more civilized than I had imagined. An air-conditioned terminal for one, in the thick heat of Dar es Salaam was a welcome treat. Each of our boarding passes had our names corresponding with our passports and a seat number. The Security was like an airport, equipped with a baggage scanner and a metal detector. This “civilization” however was short lived, once we were on board we realized that the seat numbers did not actually exist and there were not enough seats for all of us. I happily took a seat on deck besides the railing overlooking the sparkling turquoise waters of the Indian Ocean, and watched all of the fishing boats pass en route.

When we finally approached the island it looked much bigger than I had expected and the sweet smell of spicy food mixed with salt water hit my nostrils as we pulled closer to the loading docs. Zanzibar is a semi-autonomous nation so to my delight I got to add another stamp, although very faint as I think the ink was running low, to my passport. When we cleared customs we jumped into a Taxi and went to a local hotspot for a delicious lunch. Zanzibar is the island for foodies. Fresh seafood can be found on each street corner. Coconut and fresh fruit is sold everywhere you turn and the restaurants blend a perfect combination of Arabic and African cuisine. After lunch we climbed back into our air-conditioned taxi and I dosed off for much of the hour-long drive out of Stone Town, into the lush green banana plantations and onto the North beach.  After checking into my hotel I immediately put my swimsuit on and spent the afternoon splashing around in the warm, shallow, turquoise waters and collecting shells along the beach. 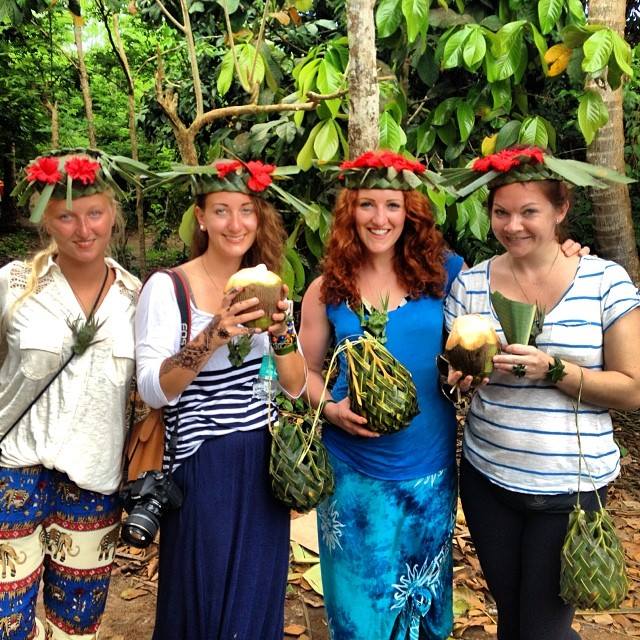 After an afternoon in the warm sunshine I took a quick nap and then got ready for dinner and the full moon beach party taking place that night. I showered, put on some makeup and a pretty dress and finally felt like a girl again for the first time in months. I met the group for dinner at the beach side restaurant and danced the rest of the night away at the full moon party on the beach. It was the most fun I’ve had in a long time. I finally returned to my room at 5 am after a night of dancing and fell asleep for a few hours before getting out of bed to take pictures and enjoy another day lounging on the beach. Zanzibar is too beautiful to waste your time sleeping in your hotel room.

After another beautiful day lounging on the beach and getting a Henna tattoo I watched the sunrise over a few cocktails with some of the girls in the group and felt my time on the North Beach come to a bitter sweet end. Although I could have spent another few weeks on the beach my time in Zanzibar was limited and I wanted to get to Stone Town to see what this very old and very beautiful city had to offer. 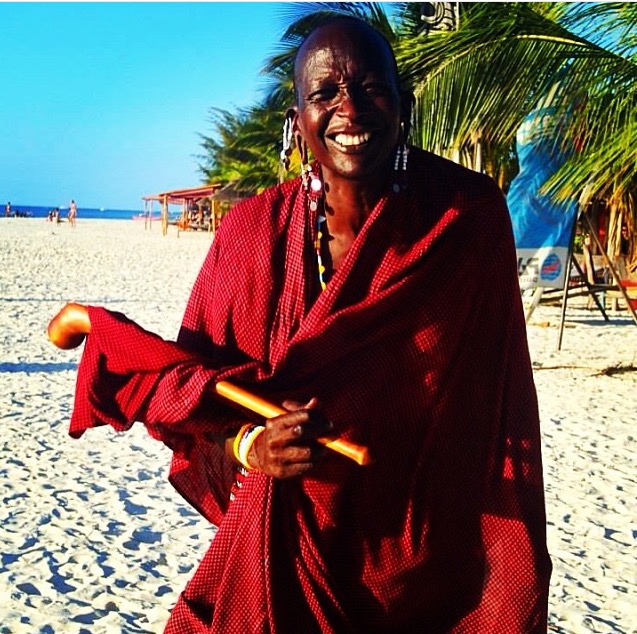 The next day the few of us who were heading over to Stone Town woke up early and went on a spice tour. Our guide, who could not have been much older than 20 was excellent. The tour was very interesting and informative and for $25usd it included transport from North beach to the spice farm and then to Stone Town for a delicious lunch also included in the cost. At the spice farm our guide took us around to the different plants and explained to us what each plant was used for.  A couple of examples include:

Turmeric, ginger and coconut oil can be used to treat acne.

Lipstick fruit as no flavour but is used for dying and is also used to make red curry.

Lemon grass is used in a tea to treat fever and it can also be burned in homes or mixed with coconut oil and rubbed on skin to keep away mosquitoes. It is pronounced “mmmchaichai “in Swahili.

The queen of spices in the cinnamon tree, it’s called this because none of the plant is wasted. In Ramadan, the leaves are used in a maize porridge in the evening to stimulate appetite after fasting all day long. The bark is harvested out of the whole tree and peeled and then left to dry in the sun and it naturally rolls into cinnamon sticks.

The entire tour was extremely interested and finished with an exotic fruit tasting. My favourite fruit being jack fruit which looks like a big green sponge hanging from a tree but the inside tastes like a mixture of pineapple and banana.

After the spice tour we drove into Stone Town for a tour of the old slave market. An Anglican church is now built on the site where the actual market once stood and all that remains of the original slave market today is the holding chambers underneath St. Monica’s hostel across the courtyard. There are two rooms underneath the hostel. Both damp, dark, musty and very tiny but one slightly larger than the other.  The ceilings are low and there is a raised platform where one could hunch over to sit. It was claustrophobic with just five of us in the largest room. We learned that the larger of the two rooms is where up to 75 women and children would be held. Sometimes for days or weeks with no food and very little water, no sanitation or fresh air, waiting to be sold at the market in the stifling heat. The smaller of the two rooms usually held 50 or more men awaiting the same fate. Most did not make it, and captors did this to ensure only the strongest were survive. If you were lucky or unlucky enough to survive the holding cells the slave auction took place twice a week and you would be taken outside and tied to a pole where you would be whipped repeatedly before being auctioned off. Women and children were not exempt from this. Everyone was to be whipped before being sold. If you were not sold right away you were thrown back into the cell with no treatment for your wounds only to be taken out and whipped again at the next auction before your wounds had a chance to heal. Children under 5 were not considered valuable and were killed immediately upon capture.

What struck me is what often strikes me when visiting these memorials that pay a penance to the cruel memories of history past. How is it possible that we as a species have come up with so many ways to be so cruel to each other? How does any human being have the stomach to watch such pain being inflicted on another individual let alone be the one to do the inflicting? We have come up with so many ways throughout history to divide ourselves into different classes and groups, always claiming that one group is superior to another and subjecting the inferior group to subhuman treatment by classifying them as a subhuman species.  This fascinates me because no matter how long I search I cannot find the answer for why we can be so cruel, and how society as a whole at each specific point in history sat by and did nothing, participated in or condoned such behaviour. Nelson Mandela said and I’m paraphrasing, that people are taught to hate, but that people can also be taught to love as love come more naturally to the human spirit than hate. I would like to agree with him, but I do not understand how we silently sit through injustices such as the slave trade, or genocides and remain silent or participate in atrocities.

The rest of the afternoon was spent wandering through markets and alleyways discovering shops and taking pictures. Zanzibar, especially Stone Town is truly a photographer’s dream come true. Every corner you turn is another stunning photo waiting to be taken. You hardly have to be a skilled photographer to visit Stone Town and produce epically stunning photos. The scenery of everyday life in this Exotic Island and beautifully old city does all of your work for you. All you have to do is point and shoot. I went to the Africana Hotel, which is an old colonial building and watched the sunset on a patio overlooking the Harbour filled with fishing boats. I had dinner at the local night market, which was fantastic. Every evening in the city square by the ocean vendors can be seem setting up their booths for an extraordinary market that comes alive as the sun begins to set. You can try all of the local delicacies you wish and you walk from vendor to vendor calling out to you claiming that what they have to offer is truly the best bargain possible. My favourite was grilled octopus on a skewer washed down with fresh sugar cane and lime juice, and ginger.

On my last day I got up early again and explored the city one last time, browsing local co-operatives and gathering information about them before boarding the ferry at noon. Heartbroken to be leaving this amazing place, 3 days in Zanzibar is definitely not long enough. 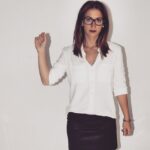