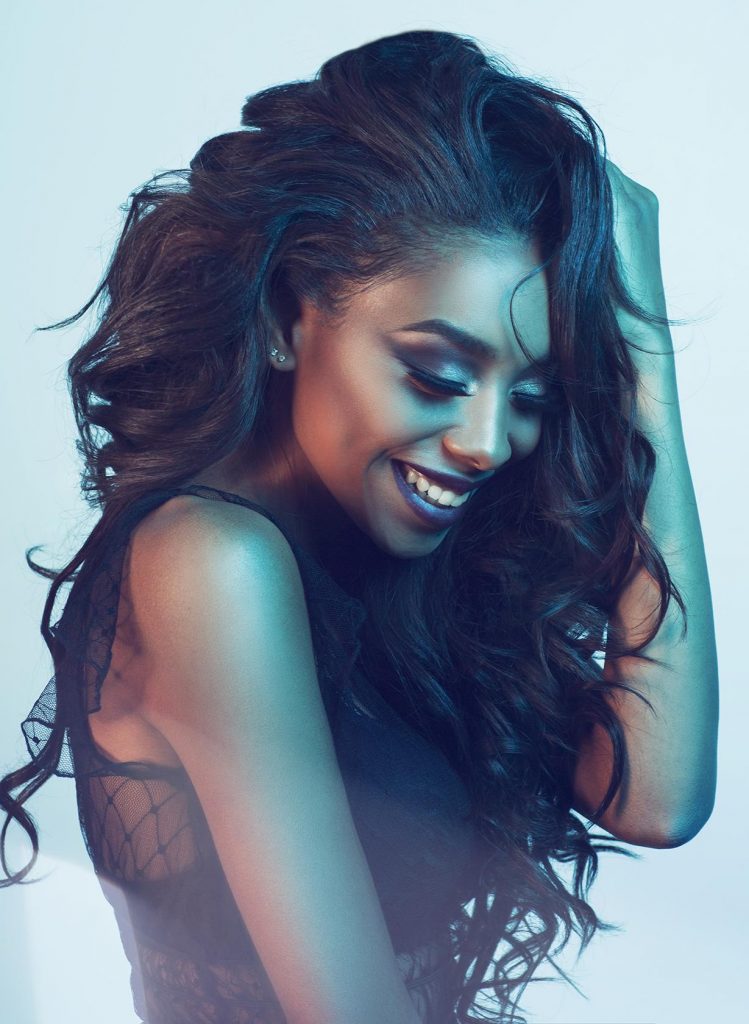 Giulia Menechella, of @queenofroulette, sat down with Canadian singer/ rapper Q-Benjamin to discuss her music, accolades, what’s to come, and of course: style. Her unapologetic lyrics, award-winning voice, and striking beauty are the perfect recipe for stardom and to top it all off—she’s one of the sweetest girls I’ve ever met.

So Q, what were you just up to in LA?

I was recording my EP. It’s pretty much finished now. I worked with one of the greatest producers of all time: NO I.D., as well as some incredible people from his team. I can’t wait for people to hear it!

*Her new EP is set to release early 2017, executive produced by Grammy Award-winning producer No I.D., whose resume includes: mentoring Kanye West, and working with top artists in the industry such as: Jay-Z, Nas, Drake, and Jhené Aiko.

Are you signed right now? Or have you ever been?

I was signed to Warner Canada for about four years. It was an amazing learning experience and during my time there I can confidently say that I became an artist. I used to just be a singer/songwriter. I’ve been independent for the past year and a half.

Tell me about winning your Juno Award! How old were you and how did that come about?

I was eighteen. You have to apply for a nomination. I had a management team I was working with at the time; they submitted my song for a Juno and we ended up getting the nomination. I was rumoured at the time to be the youngest person to win a Juno… so that was really cool.

When was the first time you recorded?

When I first started recording I was sixteen, it was the result of winning a talent competition in my city of Edmonton.

Did you always know that this is what you were meant to do?

Absolutely. When I was younger, I always had a very weird feeling when I listened to music or when I would write anything… it’s a larger than life kind of feeling. Do you ever hear a really good song and you feel it in your soul? I feel like if anything affects your soul, you should pursue it or try to be apart of it. I’ve been writing poems and short stories since I was about eight years old, which translated into songwriting and rapping. Initially, I didn’t write my own music, then branched out into doing co-writes and now pretty much all of the material you see out I’ve written; some even recorded myself.
The opportunity kind of fell into my lap when I was sixteen and I ran with it. Music is my calling.

You have a degree from York University correct?

Yes I do. My minor was in marketing and my major was women’s studies. I started at UofA and then finished my degree at York U in Toronto. I tried to align myself with business the best I could in the context of music, which to me is marketing. I’m also passionate about women’s rights, sociology of race, and social justice. I selectively integrate all of these things into my music and I’m a lot more business savvy.

What inspires you musically?

I write a lot about my life experiences, sometimes emotions. Music is my outlet; I get to be 100% who I am. I’m passionate and veryopinionated. It’s the only place I feel I can effectively relay my perspective…. even if it’s a little pointed sometimes *laughs*.

What are the most important things for marketing yourself and branding your style?

Self-expression, standing up for what I believe in, and being myself. Sometimes an extension of self-expression, and individuality is: style. I love fashion, and continuously tie that into my own personal style. I love makeup, like music, these things are artistic and creative to me. Style, hair, makeup, can express a vibe… they can tell or add to a story I might be trying to tell or an impression I’m trying to convey.
It’s cool to think of it as a way of being in control of how people perceive you. It’s like acting in or directing a play that nobody’s ever seen or heard of. Your audience can’t see backstage and isn’t familiar with the story as a whole, but they’re processing what’s in front of them. You can show people what you want them to see. There’s empowerment in that. If you have no control over anything else, you have control over yourself. I’m very purposeful when it comes to my style and what I look like. I can use it as an extension of me, my confidence, who I am, and what I stand for.

When you were in the UK were you also there for music obligations?

Yes! I can’t say much about it because of confidentiality concerns. But I can say that I’m beyond excited about it. I worked on a global campaign that is scheduled to release in February. I worked with Colin Tilley who’s a genius director—one of the best in the game right now. It’s going to be huge, I can’t wait!

*Colin Tilley is a director who has written and directed music videos for many platinum selling artists including the likes of Justin Bieber, Nicki Minaj, Kendrick Lamar, and Britney Spears.

Weren’t you doing something with CLEAN & CLEAR® not too long ago as well?

Yes. MTV Canada partnered up with CLEAN & CLEAR® for a campaign called, “See the Real Me.” That campaign was about being an independent female in an industry where that’s not easy to do all the time and trying to remain true to yourself and your beliefs. I was so glad they asked me to be apart of it because the cause was genuine to what I stand for.

Do you mind telling me the inspiration behind your last EP, “QUEST”?

Sure! I got super creative on “QUEST”. I got the idea in a literature class I took. The title and concept was inspired by an old school version of Little Red Riding Hood. It’s a cautionary tale to caution young girls to be careful when you go out alone.

With roots in sexism, it suggests women shouldn’t be independent because there are dangers. I was challenging that. Just because something’s scary or dangerous doesn’t mean you shouldn’t embark. Similarly, when I was nineteen I moved to Toronto by myself to pursue music. I paralleled my experience to Little Red Riding Hood and how she met difficulties—cautioned against wolves in the forest. Toronto was like my forest. At the time it was nerve-racking and during my time there I overcame a lot of obstacles.

“QUEST” is a short recap of a journey and I’m still on my quest and that EP was a recap of my journey in Toronto. There was laughing, crying a lot of learning—emotional, financial, psychological hardship. I was very isolated for a very long time and that was hard for me. The idea is, I left as little red riding hood and came back a wolf.  I did it all for music and I grew into a better person, a better artist; I’m still growing, learning, and overcoming hurdles.

I noticed that being an independent woman is something that you can hear on “QUEST”. How important is it to relay that message in your music?

I have to be an independent young woman. Out of all the routes to take this is the one I’ve chosen; it best fits me and what I stand for. It’s also, in my view, the hardest. I want to reach a musical point where people talk about my impact and music five years from now in a way that’s very genuine to who I am and what I believe. An aspect to this is, being resourceful… you know—seeking help. A lot of people helped me along the way. I met with other rappers who helped me nail my raps before ever going public with them; I learned the ins and outs of marketing; from people who work in marketing and from school. I met with vocal coaches and other artists that record themselves. To learn independence, to me, means having and carrying out a vision, free from the control and opinions of others. Even though I’ve had help along the way, I had to communicate what I wanted help with, what my goals were and what I wanted to achieve. Everything starts with a vision. Vision is, in my opinion, what separates the CEO from the employee—the free thinker from the sheep.

I think all women should have some aspect of independence because nobody’s going to give you anything for free; you have to work for what you want. Even to be heard is difficult sometimes. You have to be good enough to get to where you want to go. If you’re not? You might have to take other routes that are in my opinion not the most respectable or morally correct. That’s the business. Shoot! That’s the world. People talk about music being male dominated, but that’s not just music… that’s life in general. Plus, I’m a woman of colour on top of that, which is also significant. Independence is an important message for me to convey because it’s like that cliché saying… if you don’t love yourself no one else is going to love you: IF I DON’T THINK I’M THE SH*T, NO ONE ELSE IS GOING TO THINK I’M THE SH*T. You gotta let ‘em know! *laughs* you gotta be a wolf… a smart one. I haven’t been signed for a year and a half now and I’ve made all of these things happen myself… with a lot of praying, learning, and hard work. The only person that can get in the way of where you want to go is you. If you put in the work and put in the time to learn your craft, the sky is the limit.

What can we be expecting from you in the future?

2017 is going to be the year that everyone meets Q. The worldwide campaign I mentioned is coming out in February and my EP will be dropping shortly after that. Until then, I’ll have a lot of content up to date on all of my social media outlets.

Thanks Q, We can’t wait! 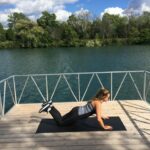 Previous: Workout of The Month 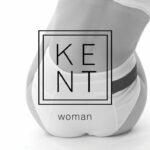 One Reply to “Questions with Q”