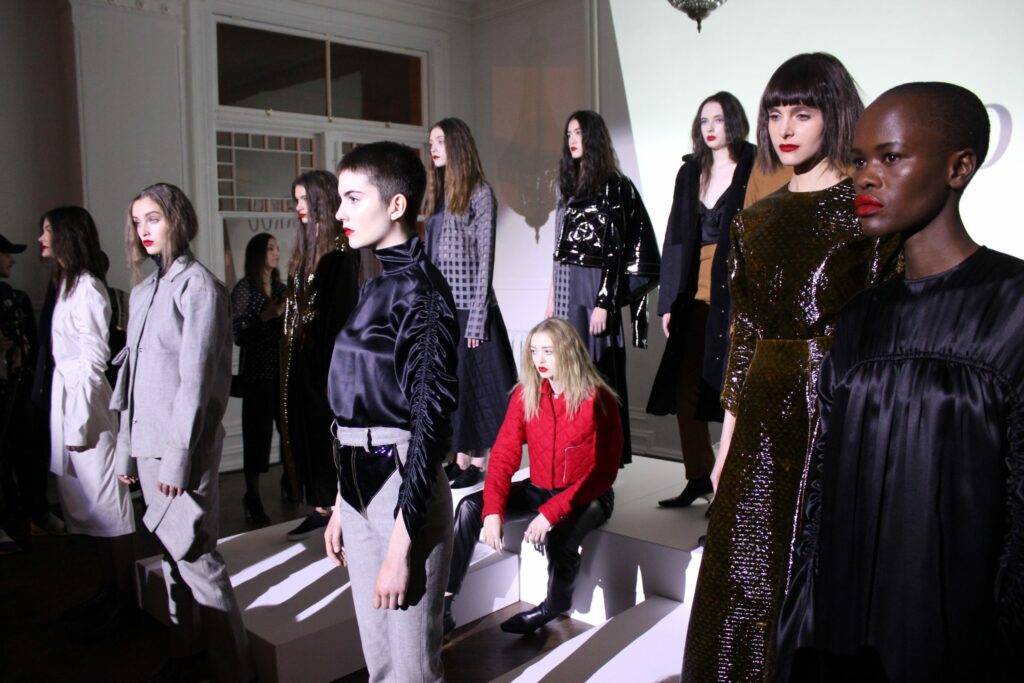 Globally the fashion show model has been under scrutiny. Macro issues such as customer demand in the age of social media & climate change have caused designers to rethink their traditional model of showing. So when Mercedes Benz announced that it would no longer be partnering with Toronto Fashion Week the local fashion scene was buzzing with what do to next. This past February The COLLECTIONS decided to do their own thing in Reset, Reform and Rethink. With no ticket sales online, no front row seats and no VIP area, it was a different atmosphere than fashion weeks past. There was also a focus away from commerciality with a focus on more artistic brands such as Klaxon Howl and WRKDEPT. See below for a synopsis of some highlights.

Beaufille
Beaufille was the first show we saw on night one. The collection had a nostalgic tone from the dramatically flared pants, 70’s prints and 90’s inspired jewellery.  The models were fresh faced with slicked back hair. The palette had neutrals with shinny denim, which added to the throwback vibe. Some of our favourite pieces were the flannel print flared suit and the nude toned two-piece with the cropped trousers.

Markoo
Markoo by Tania Martins and Mona Koochek (named after the first three letters of both the designer’s last names) had a more militant approach to femininity. The strong silhouettes and dark glossy fabrics told a story of a girl who knows what she wants. Models wore neon red lipstick and edgy styled hair. The long a-lined skirts and combat style jackets had a political vibe. The attention-grabbing piece was the superhero-esque grey trousers. The pants had a patent leather panel almost shaped like women’s underwear at the front. As if the pants were saying “I’m a woman hear me roar.”

Pop Up Area
The Pop Up area at Re/set was the social spot where everyone could view the new up and coming designers in the city. All of which stood out and had specific looks. Modern street wear designer Spencer Badu displayed his collection with two models in the center of the room. The dark tailored collection was strong enough to be it’s own presentation. Another attention grabbing line was Triarchy/Atelier Denim. Triarchy had the most day-to-day friendly ready-to-wear line. The jewellery standout was Queen Street based designer Edi Canedo’s line Cuchara. The 3D display of white hands with jewellery complimented the strong feminine line. 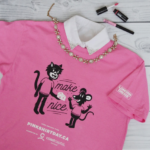 Previous: Pink Shirt Day: Stand Up To Bullying in Style 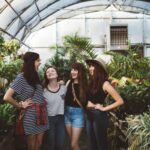 Next: Treat the Women in Your Life on IWD