Diversity. With over seven billion people on the planet, you’ll be hard-pressed to exclusively interact with people who look and act just like you. The content we consume influences us in ways we don’t realize and it’s important to be critical of the way our media interacts with people from other races and religions – especially if there are no other races or religions present.

Is it realistic that Friends, a TV show set in New York City, had nearly an all-white cast? Is it a coincidence that almost every Black-centric film nominated for an Oscar was about slavery or segregation? As race issues continue to dictate media coverage, it’s important to work on learning what our individual biases are so that unlearning them can become a priority.

Not sure where to start? Check out the following women-authored books on race and give them a read.

I’ve seen a lot of Toni Morrison love today and I thought I’d join in. . Tar Baby will actually be my next Morrison read, but it just got delivered today. I’m beyond excited to read another book by Morrison and I’m sure this one will be just as poignant as her others. . I’m actually going into this one pretty blind. I know it’s been labeled as her “love” story. It’s also goes more into relationships between black people, relationships between black and white people, and relationships between women and men than some of her other work. I’m really excited to dive into this one (eventually) and always feel so privileged to step into the worlds that Toni Morrison paints. . #scavengeyourshelves – book by a woman of color . #tarbaby #tonimorrison #bookstagram #booklover #booknerd #book #bookworm #booksbooksbooks #booksofinstagram #newbook #newbookstagram #bookmail #bookish #bookslife #bookcommunity #bookpics #bookishpost #reading #read #nextread #readersofinstagram #readmorebooks #readersofinstagram #readersofig #readersgonnaread #readerforlife #literature #novel #novels #paperback

Although Toni Morrison’s Tar Baby is a work of fiction, the motifs, themes, characters, and ideals are all too real. In Tar Baby, we see how race and class intersect and learn about what it means to be a Black woman.

[Black lives matter. I am choosing not to post a black square as its been pointed out to me that #blackouttuesday may drown out the crucial spread of information regarding protests. If you participate, please do not use the # black lives matter hashtag so that protest posts do not get drowned out.] Like many others, I want to say something and I don’t know what to say. My heart hurts at everything that is happening and I will make donations to organizations supporting assistance to protestors and the black community. But that’s not enough, and it never has been enough. I also promise to be an ally, be *active* in being an ally, to hold space for the opinions of black men, women, and non-binary people, to further my knowledge by paying black individuals for their work, to call out passive (and active) racism, and to listen, *especially* when I get it wrong. [If you’re an ally with similar goals, I very much recommend this *excellent* book.] •• 🤝📚 #antiracism #istandwithyou

2) The New Jim Crow: Mass Incarceration in the time of Colourblindness, Michelle Alexander

The New Jim Crow is a book that proves racism is more than just an act on an individualistic level. Civil rights lawyer Michelle Alexander explains that racism is so deeply ingrained in the American legal system that laws disproportionately target Black men. Alexander takes readers through decades of American history to explain how the legal system functions as a method of racial control as well, making The New Jim Crow essential reading for anyone wanting to learn about systemic racism.

Get your copy: The New Jim Crow: Mass Incarceration in the time of Colourblindness, Michelle Alexander

June 2020 Book of the Month ⠀⠀⠀⠀⠀⠀⠀⠀⠀ Sister Outsider: Essays and Speeches by Audre Lorde ⠀⠀⠀⠀⠀⠀⠀⠀⠀ I’m so excited to announce our June BOTM! In honor of LGBTQ+ Pride Month 🏳️‍🌈, we’ve partnered with @diverseclassics to read a classic, Sister Outsider: Essays and Speeches by Audre Lorde. This one has been on my list for a long while and I’m so happy to be able to make it a book club selection this year! ⠀⠀⠀⠀⠀⠀⠀⠀⠀ Book Synopsis: In this charged collection of fifteen essays and speeches, Lorde takes on sexism, racism, ageism, homophobia, and class, and propounds social difference as a vehicle for action and change. Her prose is incisive, unflinching, and lyrical, reflecting struggle but ultimately offering messages of hope. This commemorative edition includes a new foreword by Lorde-scholar and poet Cheryl Clarke, who celebrates the ways in which Lorde’s philosophies resonate more than twenty years after they were first published. ⠀⠀⠀⠀⠀⠀⠀⠀⠀ These landmark writings are, in Lorde’s own words, a call to “never close our eyes to the terror, to the chaos which is Black which is creative which is female which is dark which is rejected which is messy which is…” ⠀⠀⠀⠀⠀⠀⠀⠀⠀ “[Lorde’s] works will be important to those truly interested in growing up sensitive, intelligent, and aware.” —New York Times

Sister Outsider: Essays And Speeches is an incredible collection of short writings by Audre Lorde. In just under 200 pages, Lorde takes readers through her experiences as a Black lesbian. Her identity exists through different pillars of her life: homophobia, ageism, racism, classism, sexism, feminism, imperialism, activism, and her fight against cancer. Sister Outsider: Essays And Speeches is not only a book about race, but an example of the unflinching chaos that exists when your identity is constantly neglected and rejected.

Get your copy: Sister Outsider: Essays And Speeches, Audre Lorde

Gloria Anzaldúa notes in the preface to La Frontera, the “actual physical” borderland she is dealing with is the Tejas/Mexico border, but reading her poetry and prose one can quickly discern that the concept of borderland transfers to psychological, spiritual and emotional levels. As Anzaldúa explains, “borderlands are physically present whenever two or more cultures edge each other.” Though deeply philosophical, she does not write in abstraction about this, but instead returns to an exploration of the Self and of herself as a “border woman.” Her response to thwart off cultural tyranny exists within the supernatural and the sexual. “Like other queer people”, she writes, “I am two in one body, both male and female. I am the embodiment of the hieros gamos: the coming together of opposite qualities within.” The book was written in 1987, and while her ideas about heteronormativity, colonialism and male dominance are now more frequently explored, her idea of the “new mestiza” or a “facultad” that can break down binaries remains radical today. In a chapter about the symbol of the serpent, Anzaldúa makes a case for returning complexity not only to sexuality but to religion, for destroying the virgin/puta binary and for restoring the stories of matriarchal or multi-gendered Gods that were lost when Aztec society transitioned from a balanced society to a predatory state. Her writing, though consistently historical and well-researched, has a flowing, lucid style. Stories from her childhood float in off the wind, mixing with the voices of other Chicana poets. In one page she tells the history of Guadalupe; on the next she explains the dichotomy of objects and the perceived loss of objects as the root of all violence in Western society. Anzaldúa writes with precision and clarity, while allowing herself to move easily between codes. From English to various forms of Spanish to Nahuatl, her fluidity of language resounds throughout the text and creates an external thesis on it’s own: Chicanas need not to “beg entrance” or translate for the sake of others. It is time that her language flow freely and that others stop to listen.

Borderlands/La Frontera: The New Mestiza by Gloria E. Anzaldùa is a semi-autobiographical account that dives into issues of heritage, imperialism, and race surrounding the U.S. border crossing over Indigenous Mexican land. Overall, Borderlands/La Frontera: The New Mestiza is a book about race that will resonate not only with people of mixed heritage, but anyone who finds themself struggling with their identity due to mass colonization and loss of culture.

In Feminism Without Borders: Decolonizing Theory, Practicing Solidarity, author Chandra Talpade Mohanty notions that feminists must focus on decolonizing their practice. To truly achieve equality under the feminist movement, feminists must become critical about the American basis of capitalistic equality. Mohanty discusses her Indian upbringing and discusses the need for feminism and race to intersect. Readers are urged to create unity across borders by critiquing the class-based rift that exists in U.S. based feminism. A great book about race and refocusing feminism for women all around the world.

My second hand copy of Ain’t I A Woman by bell hooks. Shot by Nakeya Brown . . This book means so much to me. Hooks’ words gave me the vocabulary to understand my experiences of “otherness” and that I was not the only black girl in the word who felt both invisible and hyper visible (a complex mix and situation to be in). This book taught me to decolonize my mind from preconceived notions of what beauty is. The foundation, the bedrock of my self worth and love starts with this book. It only seems fit that this be the one to symbolize who I am at this point in my life. . . . #dcartists #nakeyabrown #blackphotographers

6) Ain’t I a Woman: Black Women and Feminism, bell hooks

bell hooks‘ Ain’t I a Woman: Black Women and Feminism is a groundbreaking piece of race and feminist theory. hooks carefully examines the way womanhood intersects with slavery in the U.S. and gives a compelling argument about criticizing culture, the impact of Black male sexism, and racism within the feminist movement. Ain’t I a Woman: Black Women and Feminism reveals that oppression isn’t a singular pillar: it can move and grow depending on race, capitalism, stereotypes, and morality. It also shows how early suffragettes actively excluded Black and poor women from feminism, all under the guise of equality.

Get your copy: Ain’t I a Woman: Black Women and Feminism, bell hooks

Read up, babies. This fight is not a new one. #angeladavis #blacklivesmatter #activism #acab

Angela Davis has been a leader in the movement towards world justice for decades. Freedom is a Constant Struggle is one of her most recent books, tackling the unity that comes from people experiencing racial injustices around the world. Davis highlights the protests against police brutality in Ferguson and state-sanctioned violence against Palestine, and how interconnected things like structural racism and violence truly are.

Get your copy: Freedom is a Constant Struggle, Angela Davis

Here’s a great book recommendation, courtesy of @mattmalcolmgrind! #hnuregram #holynamesuniversity #hnu ・・・ I’m reading this book for my Racial Issues class at HNU. I highly recommend it to anyone who is interested in reading/tackling/acknowledging/destroying American racial/ethnic problems, especially those connected to capitalism, slavery, colonialism, education, housing, socio-economic status and the prison industrial complex #HNU #HawkYeah #RaceAndRacisms #TanyaMariaGolashBoza

In Race and Racisms: A Critical Approach, Dr. Tanya Golash Boza details the history of systemic racism in America and how individuals can work to change it. The book is highly acclaimed by scholars and professors for how comprehensive it is and was designed for instructors to think critically with their students about how racism develops.

Get your copy: In Race and Racisms: A Critical Approach, Dr. Tanya Golash Boza 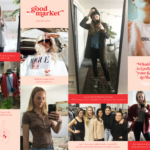 Previous: How-To: Make Quick Cash Off A Closet Clean Out 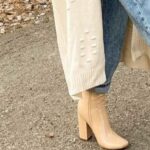