Menu
Home CULTURE, PEOPLEWhy Mike Morrison Stepped Up When LGBTQ+ Rights Were Under Threat in Alberta 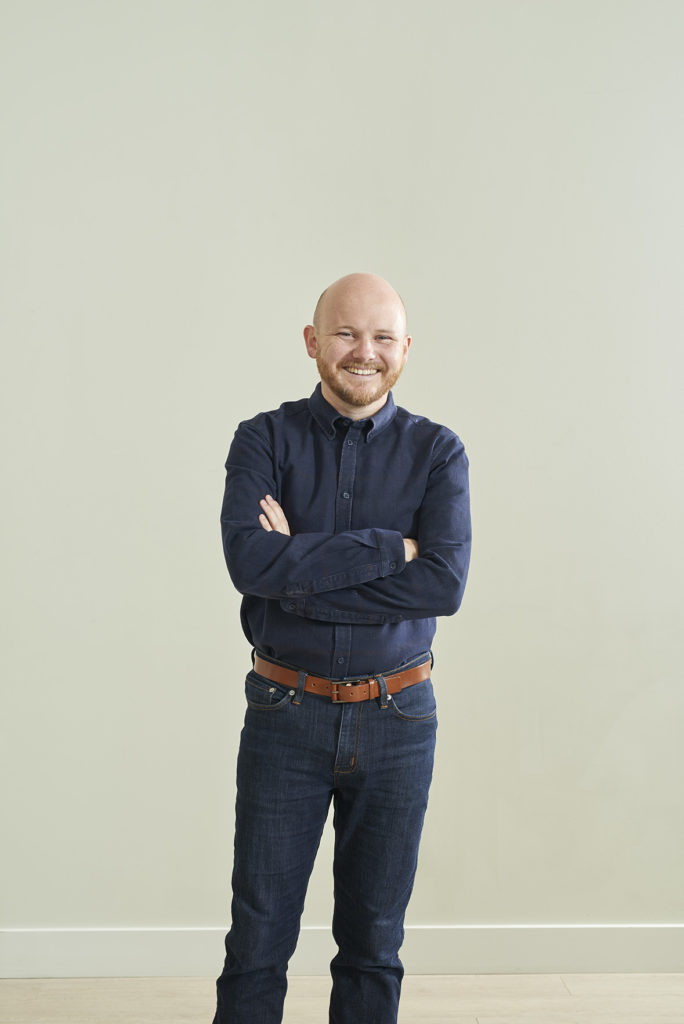 Mike Morrison is a host, writer, speaker, podcaster, and community builder based in Alberta, Western Canada. When the provincial government moved to pass a bill in 2014 that would have severely limited or even effectively banned students from hosting Gay-Straight Alliance (GSA) clubs on school grounds, Morrison took to social media to organize a rally within 12 hours — and it had a major impact.

Here, Morrison writes about how the rally came together, how it inspired further activism throughout the years, and how everyone has the power to make a difference in their community, even if it starts with one click.

“It’s a celebration, not a protest.”

That’s what I told people when I asked them to come out for my protest.

It was a protest by every definition: There was a megaphone, media, and poster boards — a lot of poster boards. But I knew no one would want to come to a rally or protest; at least, I didn’t think so.

About 10 years ago, I first started really getting into politics, particularly around the issues of protecting LGTBQ+ youth. I was not necessarily overtly political, although I always voted and generally knew the candidates and the issues. But I don’t think I cared much beyond that. It wasn’t until the Alberta government was trying to pass a law in 2014 that would essentially make Gay-Straight Alliance (GSA) clubs all but banned in the province that I took more notice of the political arena. Bill 10 would have basically boiled down to giving the students the right to have a GSA, but the school would also have a right to say they would have to hold such a club off school grounds.

This was the issue that got me to finally start using social media as a tool for political change. I probably started off the same as everybody else, something like, “I hate to be political on here, but…” — a sentence I would never even consider typing today.

I started tweeting about the horrendous bill and how we needed to do everything to protect Alberta’s LGTBQ+ youth, eventually saying, “If someone holds a rally tomorrow, I’ll be there.”  And someone wrote back: “Why don’t you plan it?”

And the rest, as they say, is history. I had no idea that organizing a rally, protest, or “celebration” would ignite something in me. Something makes me always root for the underdog, always speak up for those who cannot. And thanks to social media, I knew I could do it on my terms.

I’m one of those people who, I think, social media was made for. I generally know how to get my point across in 240 characters and I love pop culture because, if used properly, it can be made to balance perfectly with politics in a way that people can easily understand.

For this bill in particular, winning wasn’t even an option. It was a majority government and that meant they could essentially do whatever they wanted. So, they were. For me, organizing the rally was really just about trying to get as many eyes on the issue as possible and also to let the queer kids watching from their homes know that, despite the government’s actions, Albertans were always going to protect them.

I didn’t have money or even much clout, but I had the media’s emails and a pretty good Wi-Fi connection. The first thing I did was make a shareable image, one that had all the information on it but still looked nice. I wanted to make it easy for people to share. The fewer steps they had to take in order to help, the better.  The second thing I did was Google “famous gay Canadians.” A wonderful list of gay Canadian celebrities came up and I just started messaging them any way that I could.

I had about 12 hours, between coming up with the idea for the rally and the time the government was going to pass the bill, to get as much attention focused on the issue as possible. We ran to a 24-hour Walmart and bought as much poster board as possible. Then I made a whole bunch of signs, not just for me, but for anyone who might show up, not even knowing if anyone was going to show up.

Fortunately, I had momentum on my side. Throughout all hours of the night, I kept getting more and more messages from people who wanted to help, from celebrities and from the media. They knew this would be a good story, so I wrote them all back as quickly as possible.

By the time the rally — sorry, celebration — happened, we had more than 100 people in attendance on a cold December day. It was scheduled over the lunch break so as many people as possible could attend. We held it just outside the government’s offices, and people from every political party and media outlet were there.

The whole thing occurred in such a rush that I couldn’t believe it when, a few hours later, the government announced that it had delayed the bill and would listen to the feedback. A few months later, they returned with a new Bill 10, which made it one of the most progressive GSA laws in the country. Such a victorious outcome, all because of a few tweets and a sense of purpose.

We had achieved this unexpected victory and that feeling was addictive. But I still remember someone saying that day, “You don’t always win.” And that’s true: You don’t, but you always have a voice, and social media has given a voice to so many.

I also learned that day that there are lots of ways of getting the media and politicians’ attention, and very often, you can do it in a way that works with your skills, whatever they may be.

A few years later, in 2018, there was a movie released called Love, Simon. It was a big deal in Hollywood to finally have a young gay love story showing in movie theatres. Celebrities were buying out movie theatres to donate tickets so people who couldn’t necessarily afford the ticket could still see flicks like Love, Simon and Black Panther. I’m not a celebrity, nor can I afford to buy out an entire movie theatre, but I knew, given the chance to help, other people would help pay. So, I created a crowdfunding page announcing the screening and within an hour or so, we had more than enough money to rent out a movie theatre, with all the extra money going to queer charities. It was super simple: a few clicks on the keyboard, and all of a sudden, the director of Love, Simon was sending me a note and making a big donation. Media outlets were interested and we got to talk about important issues while eating popcorn and watching a great movie.

I did something similar when I wanted to talk about the importance of voting. In Alberta, during the provincial elections, you could vote at any polling station during early voting. This was a huge and fantastic change because that meant friends and family could go and vote together.  What a great way to pressure your network about the importance of voting. But I wanted to make it fun, so I created something called Democracy Donuts.

We again relied on crowdfunding, worked with Elections Alberta to make sure we were allowed to go ahead with our plans, and during every day of early voting, we were out at a different polling station giving out a free premium doughnut from the local doughnut shop. We told people, to get a free doughnut, all you had to do was vote. And once again, it didn’t take us long to raise enough money to buy hundreds of doughnut, which again got the media’s attention, which again gave us an opportunity to talk about an issue that was important to us. We had people come to specific voting stations simply to have their free doughnut. We had people who hadn’t heard of us but were excited to be rewarded for exercising their right to vote. We even had people who voted because they wanted a doughnut, not because they even knew there was an election. I didn’t care — you vote, you eat. Pretty delicious.

That same election, LGTBQ+ issues were particularly important, so having seen something similar in the states, some local performers and I came up with Drag Out the Vote. With this movement, we asked the city’s drag performers to come and vote together, and bring their friends with them. (And in case you were wondering, yes, you can vote in full drag.) It was so incredible. No money spent, just some time and some emails. And, on the last day of early voting, we had a dozen or so drag performers and their supporters all walking into Calgary’s city hall and voting together — along with every media outlet covering them along the way. On one of the most crucial days of the election, the story that topped every newscast and was on the cover of every paper wasn’t a politician; it was drag performers.

I started getting into activism because of being aware of or concerned over something that needed to change. Maybe I wasn’t necessarily the person I thought would do something about it, but knew I had to try, and it worked. Like that person said, it won’t always work, but I realized that people want to help create change, too, only maybe they want to do it in a way that’s less scary.

So that’s why I think that the sort of “keyboard activism” people make fun of sometimes is actually great. It’s getting people to dip their toes into activism. It’s letting their followers know that they care about real issues and that the community can depend on them, and it all happens with just one click. But hopefully, that click becomes two clicks, and then a signature, a donation, a volunteer opportunity, a film screening, writing of poster boards— whatever it takes to begin making changes.

We all have to start somewhere, so why not with a click? 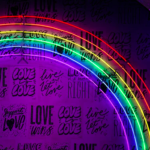 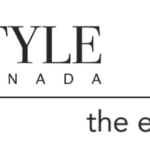 Next: We’re Popping Up in Niagara-on-the-Lake this Summer!