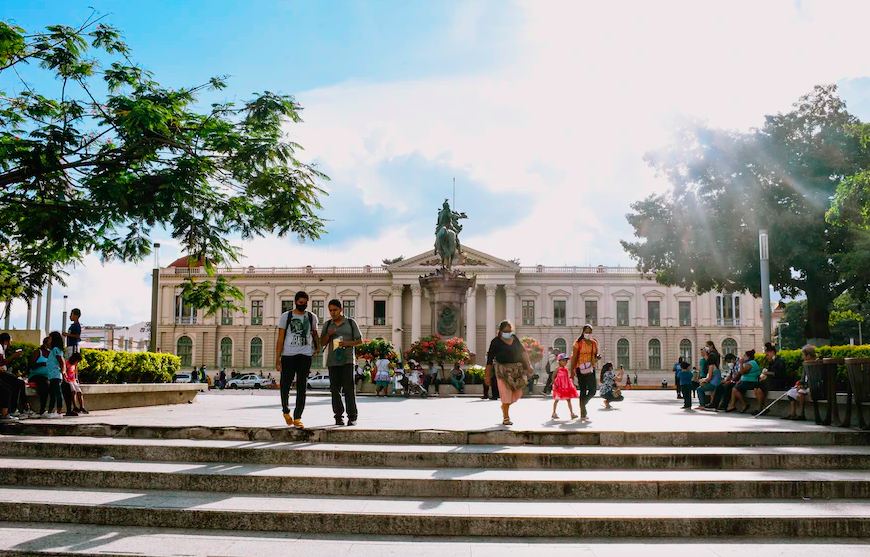 Nayib Bukele is now president since 2019. He presented his next major project at Bitcoin Week. The controversial Millennial president plans to build a tax-free crypto city with 300,000 Bitcoins at the foot of a volcano. The project is called “Bitcoin City.” The fact that bitcoin has become increasingly important in recent years has probably not escaped anyone’s attention.

In the meantime, cryptocurrencies are also used in daily payment transactions, and there are already Crypto casinos that are visited with pleasure and in abundance. El Salvador does not want to miss out on the Bitcoin boom. That is why a circular city is to be built at the foot of the Conchagua volcano. Here, an economic special zone is to be created in which, apart from the ten percent value-added tax, no taxes are due. The city is also to be CO2 neutral thanks to volcanic energy. The project is to be financed by Bitcoin bonds. Moreover, El Salvador had made the cryptocurrency the country’s official currency alongside the US dollar.

Those were the words on the screen of a small stage at the closing ceremony of Bitcoin Week in El Salvador. President Nayib Bukele then appeared in person, accompanied by fireworks. His appearance resembled that of a pop star, as he entered the stage with his white cap turned upside down. His appearance was already a real eye-catcher, but what the 40-year-old then presented topped it all off. He used the event as an opportunity to present his new plan to establish an entire crypto-city in the Central American coastal state.

The plan is for a circular city with a square in the middle. A giant Bitcoin logo is to be placed on this square. In addition, of course, residential and commercial spaces are also planned, and an airport should not be missing here. The whole project is to be financed with the proceeds from Bitcoin bonds. These bonds are to be issued from 2022 in cooperation with the controversial Bitcoin exchange Bitfinex.

However, there is a kind of downer in this gigantic planning, because in the city design stands the volcano Conchagua. Supposedly, however, this is more of a showstopper, as there are two main goals at the heart of the planning. Goal number 1 is that Bukele wants to make the city an attractive special economic zone. There are to be no taxes here, with the exception of the ten percent value-added tax. This means that both income and capital gains are exempt from tax. The goal of President Nayib Bukele is to attract companies and investors in particular.

The volcano has its own task

In addition, the city is to be CO2-neutral. This is where the volcano comes into play, because it is supposed to help fulfill precisely this purpose. In the future, the city is to be supplied with electricity generated from the volcano’s energy. There is a method to this, because this will automatically make the controversial and energy-intensive Bitcoin mining much greener. The presentation, which lasted a total of half an hour, was posted as a summary by Bukele on YouTube, among other places.

According to Bukele, this entire planning will have a cost point of 300,000 Bitcoin. As it stands, that makes a good 17.4 billion in U.S. dollars. As mentioned at the outset, the project is to be financed through Bitcoin bonds. The name of these bonds is EBB1 (El Salvador Bitcoin Bond 1) with a volume of one billion dollars. 500 million dollars of this should be invested directly in Bitcoin. These must then be held for five years. The remaining half is to be invested directly in the Bitcoin City infrastructure.

The term of the bonds would be ten years, with a coupon of 6.5 percent. Provided the bitcoins were held after the five-year period, there would potentially be a dividend. Together with iFinex, the government wants to create the regulatory framework. iFinex is the group behind the Bitcoin exchange Bitfinex, which is also behind the controversial stablecoin Tether.

On November 8, 2021, the 300,000 Bitcoins were still worth more than 20 billion, but apparently even the sharp fluctuations in the Bitcoin’s price can’t really deter the president. Bukele ran as an anti-corruption candidate in 2019 and already elevated Bitcoin to the official currency alongside the US dollar in September 2021. Even his own Bitcoin wallet has been issued by his government, its name is Chivo.

Cool productions are entirely the thing of the young president, who is above all a true fan of social media culture. More than 3.1 million users already follow the president on Twitter and Instagram alone. This number is gigantic, considering that El Salvador has only about 6.5 million inhabitants. Even before the Bitcoin City presentation, Bukele liked to stage himself very privately with an upturned cap and loose shirt instead of in a suit and tie.

However, things don’t always run as smoothly, smoothly and cool as the president and his project like to present themselves. There have been reports of serious technical problems and errors during the introduction of the new currency in El Salvador. In addition, Bukele has recently had to contend with political headwinds, as his critics accuse him of an authoritarian style of government.

These insinuations may not be entirely groundless, either, because after winning parliamentary elections in March, Bukele’s party replaced five constitutional judges and the country’s attorney general. The president had clashed with the individuals in question several times, especially during the Corona pandemic. The new constitutional judges then voted in favor of a law in September that allows El Salvador’s president to run for reelection. As a result, Bukele could be confirmed in office in 2024. In response to this decree, the country’s top U.S. diplomat then spoke of a “decline in democracy” in the country, according to the Guardian.

Protest is also stirring domestically. According to “NPR,” thousands demonstrated in the capital San Salvador in September against the policies of their president. This mainly concerned the introduction of the Bitcoin. In this context, he was accused of undermining the independence of the judiciary. Bukele changed his bio to “The coolest dictator in the world” in perfect style on Twitter. 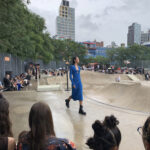 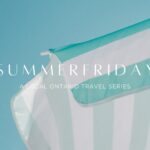 Next: #SummerFridays at 124 on Queen: The Last One