As of late, cottage fairy aesthetic has become one of Instagram’s most popular aesthetics. This is because many had incorporated fairy silhouettes, delicate floral patterns, and earthy tones into their wardrobe since 2013, when most people began to have a rekindled obsession with Jane Austen. In 2013, you would have stood out like a sore thumb with metallic embellishments, stackable rings, and designer sweatshirts. It’s now time for a wardrobe overhaul, however.

Fashion trends continue to be determined by Gen Z with TikTok’s rise. Although some of their picks might seem less familiar, they’re worth paying attention to, such as sweater vests and straight-leg jeans. As we look forward to a future in which we dress up and experiment with clothes, the Fairycore trend welcomes you to a world far dreamier than sweatpants.

A few design elements of fairycore, like embroidery and relaxed dresses, feel similar to the latter with its heavy reference to nature. This style is somewhere between whimsically sweet and grungy, yet more influenced by springtime pastels and earthy tones. Sheer fabrics, puffy dresses, or gingham prints convey the feeling of a magical picnic. It’s still alive and well to dress whimsically in a period-inspired fashion. As society seeks escapism and simplicity, the soft, ethereal aesthetic has resurfaced.

What Is Fairy Aesthetics #Fairycore?

Fairy aesthetic incorporates the elements of nature that you might find in a children’s book, such as fantastical animals (unicorns and dragons), dreamy landscapes (enchanted forests), and elements of magic (wings). The flavor of fairycore is more romantic and whimsical than its cousin, goblincore. Styles that reflect it include hooded coats with distressed gloves, pointy hoods, glittery crop tops, chunky wool knee socks, and mushroom earrings.

In addition to being rooted in nature, fairycore is also committed to being environmentally friendly. However, taking care of something you love together is something magical. Anyone can do a simple act of kindness. 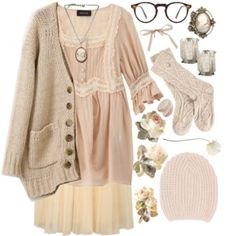 What’s The Difference Between Fairycore and Cottagecore Fashion?

Cottagecore and fairycore are difficult to distinguish for many people. Both aesthetics are indeed very similar, but it’s evident that the two differ significantly from one another. Cottagecore is the vintage, nature-loving people; Fairycore is the magical ones who live in the forest. Even though both clothes choices are similar, it is safe to say that fashion is lucky. Because of the varying aesthetic styles, there are more alternatives, and creativity can make each look distinct. If you want to change from cottagecore to fairycore, then all you have to do is add some mysticism to your outfits and your attitude. 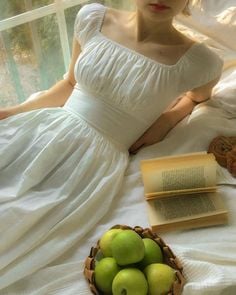 Who is The Cottage Fairy?

Paola Merrill is one woman who is authentically living the life of cottage core. She is a teacher, artist, and YouTube creator called The Cottage Fairy. She shares parts of her idyll in Washington state and chronicles things like drying wildflowers, Mr. Darcy, her bunny, and watching the sun rise over the mountainous background of her home. The videos that she has posted combine a bit of ASMR, mindfulness exercises, and cottagecore aesthetics to provide you with lessons on simple living with abundance. The posts that she offers are the wild herb, soothing balm that the world needs. 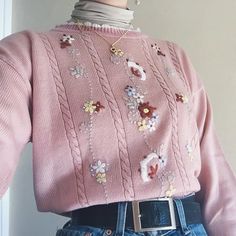 What Aesthetics Are Similar to Fairycore?

Dragoncore, goblincore, and cottagecore have many similarities to fairycore aesthetics. They love forest creatures, animals, shiny or rustic items, and gardens. That is why many people find it hard to have a specific aesthetic.

Check out these great ideas to adapt fairy aesthetics into your lifestyle! 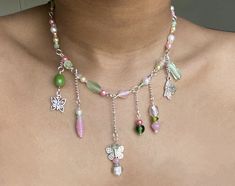 Cottage fairy necklaces can range from a simple pendant on a shiny chain or something more noticeable, like gemstones and crystals. The beading can range from soft and smooth rose quartz to something garden or flower themed, which is the most popular. Most of them tend to lean towards roses, wildflowers, and daisies, with some butterflies thrown in here and there. 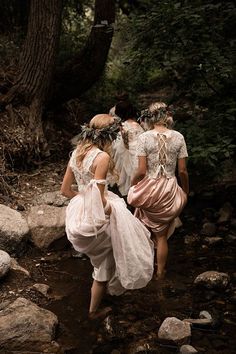 Woodland fairies tend to lean towards shades of greens and some floral prints that make it seem like a burst of spring. Most outfits are paired with bell sleeves and gauzy-type skirts. Also, oversized tunics and leggings for a simple and woody look. When paired with a great pair of boots, you can always feel like a woodland fairy at any time. 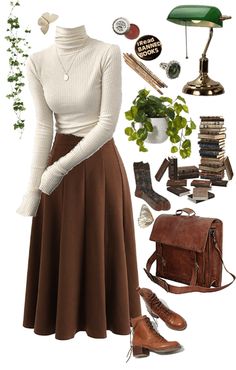 The dark fairy aesthetics are about tapping into your darker side. Mostly made up of black to dark brown and mauve colors with hints of gothic character. You are ready to tap into your darker fairy with fishnets, fingerless gloves, and an asymmetric hem dress with a pair of black combat boots. 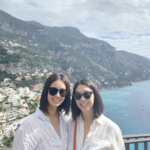 Previous: The Edit: Behind the Brands – Jennifer and Andrea Lee, Co-Founder of Jenny & Andy 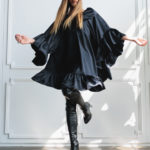