Is it Time to Revisit ‘The Beauty Myth’? - STYLE Canada

Is it Time to Revisit ‘The Beauty Myth’? 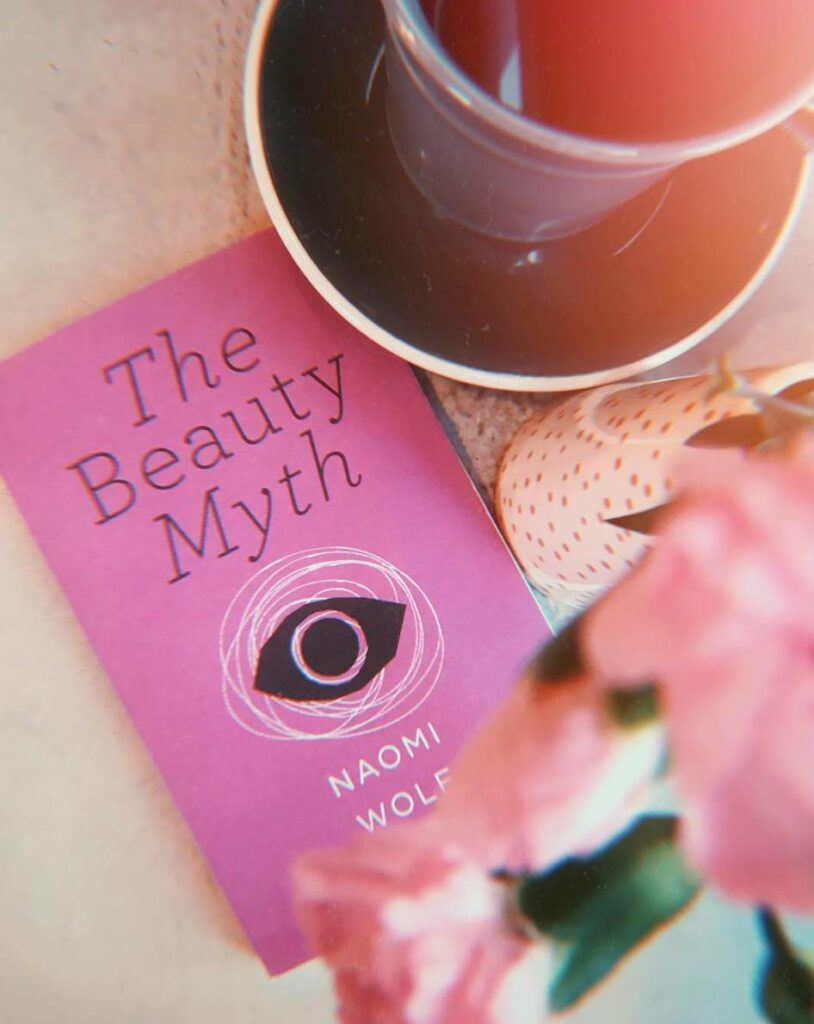 The times we live in are impossible to describe simply. The world is wracked with political turmoil, climate change, sickness, and of course, who can forget about the ever-dwindling bee population? All this, and I’m bringing up a thirty-year-old book. Why? Well, with influencers and cancel-culture swarming our news feeds on the daily, I would like to argue that Naomi Wolf’s The Beauty Myth is not only timeless – it’s necessary. Today’s beauty myth isn’t just a legend of second-wave feminism – Wolf predicted our obsession with filters and Facetune years ago.

“For every feminist action, there is an equal and opposite beauty myth reaction.”

What Is ‘The Beauty Myth’?

First, a definition. The beauty myth isn’t so much a myth as it is a concept. Its an unspoken obsession with physical appearance that’s destroying women from the inside out. The beauty myth thrives in a culture where the diet, cosmetic surgery, and makeup industries make us hate ourselves so much that we’ll pay anything to change our bodies. We see the beauty myth today in Instagram influencer ads attempting to sell laxative teas or posts telling us we need to look better to make our exes jealous. Nearly every aspect of the beauty myth today has grown to exist alongside consumerism, but it goes beyond our wallets. It subconsciously forces us to judge the women in our lives, all while setting men up with an unfeasible fantasy.

The Beauty Myth was published in 1990, many decades after the suffragettes took center stage. It would be counterproductive to pretend that women haven’t made incredible strides all over the world. In the 90s, the first Canadian woman went to space, the U.S. saw the first-ever woman Attorney General, and drum thumping beats of feminist punk bands. That said, women’s rights aren’t a one-time deal. It’s crucial that we look at the beauty myth today from a global perspective. We need to ask ourselves questions like: why are women are still being killed all over the world for trying to go to school? Why is it that women have more rights than ever before, yet we’re still faced with high numbers of suicide cases, self-harm incidents, and eating disorders? How can we claim equality when cosmetic procedures target ethnic features?

In the first chapter of The Beauty Myth, Wolf says, “for every feminist action, there is an equal and opposite beauty myth reaction”. Unfortunately, reality is that every time we create a landscape discussing women’s rights, someone is trying to sell us a way to hate ourselves out of existence.

The Rise Of The Revenge Body

The idea of a ‘revenge body’ is further proof of the beauty myth’s existence today. Your boyfriend just broke up with you? Lose twenty pounds, go blonde, and get lip fillers. Your new body will make him feel terrible for leaving you. Nevermind the fact that your relationship was toxic! Now that you’re hot, you’re flawless. Men will fall for you and women will wish they had your confidence. Making a change after a break-up sure is cathartic, as long as you’re doing it for you.

The concept of a revenge body is rooted in self-hate and body shaming. This is the mindset that gives the diet industry power worth $72 billion USD, annually. TV shows like Khloe Kardashian’s Revenge Body thrive on the beauty myth today under the guise of self-empowerment. It is the mass commercialization of self-hate pretending to be personal health. We’re sold on the idea that once you look good, all your problems will disappear. Revenge diets ignore the fact that long-term health doesn’t supersede a six-week fasting period. They don’t reveal the genetic conditions that can make weight loss difficult or the complexities of eating disorders. Instead, they tell us that it’s our own fault: we are unworthy of love until we get thinner.

“Unfortunately, reality is that every time we create a landscape discussing women’s rights, someone is trying to sell us a way to hate ourselves out of existence.”

Beauty As A Form Of Currency

Perhaps one of the most important things to observe about the beauty myth today is how beauty is now a form of currency. According to Wolf, “the contemporary economy right now depends on the representation of women within the beauty myth.” Wolf wrote this thirty years before your favourite Instagram influencer could sell you their patented line of waist trainers, but the statement still stands. As our culture becomes more obsessed with beauty, we become more controlled by consumerism.

Industries are thriving on women’s hatred of themselves and other women. The idea is simple: if a product can convince us we’re jealous of a skinny celebrity, we’ll pay anything to look like them. Instagram influencers thrive on this plan. Charge a company $100,000 to post a photo of yourself posing with their detox tea and make a commission every time someone clicks your link? Easy money. When an influencer sells us a non-FDA approved diet lollipop in a sexy photo, we don’t think about how edited her photo is, how much money she pays her personal trainer, how much makeup she’s wearing, how much money her personal dietician is making, how often her manager pushes her to stay youthful and sexy no matter the consequence, or about how she hasn’t eaten bread in six weeks. We forget that our daughters will see our insecurities in their natural bodies and learn to hate those parts of themselves too.

The Struggle To Look Good Is Killing Women

Waist trainers today mimic the dangerous corsets of the 1500s. Women risk suffocating to death to get the perfect slim-thick, hourglass shape of their favourite curvy girl, all for the low price of $80 – plus shipping. Despite the warnings from doctors, the beauty myth today shows we are convinced that looking good is worth dying for. A study from 2016 shows that one person dies every 62-minutes from an eating disorder. While corporations, celebrities, and influencers are profiting, women are losing their lives.

Remember seeing bruised and bloody lips as a result of the 2015 Kylie Jenner lip challenge? While many considered it to be an extreme outlier of D.I.Y. beauty, it challenged consumers too ‘live up to’ the beauty standards set by millionaires with Photoshop capabilities (or those of their assistants). As cosmetic procedures get more popular, so does our desperation. The beauty myth today shows us that we are just as distressed as 18th-century royals using lead-based paint as makeup.

All over the world, women find themselves travelling for sketchy cosmetic procedures. Toxic beauty trends are everywhere and can be especially polarizing for women of colour. It’s no coincidence that skin bleaching companies use ingredients that are banned in North America, so they result to selling in Asia and Africa. Nose jobs are more popular for women of colour with aquiline noses than any other demographic. When criticizing these beauty standards, it’s essential that we discuss the environments that allow the industry to thrive. The ways in which its racist customs influence our culture can be seen in how women of colour are represented in mainstream media, which sets the stage for what we consider beautiful.

“Despite the warnings from doctors, the beauty myth today shows we are convinced that looking good is worth dying for.”

Men are also subject to the beauty industry’s toxicity. The beauty myth today discusses not only how women think of themselves, but how men think of women, too. It gives women impossible standards to abide by and tells their boyfriends to expect an unattainable woman. But now more than ever, we see a rise in men struggling with suicide, eating disorders, and diet culture too. Cosmetic procedures were stereotypically for insecure women, but men find themselves competing to have their bodies permanently altered for physical attraction as well.

Male influencers have admitted to using apps like Facetune to make major changes to their photos, and while it’s crucial to point out the similarities in beauty standards between men and women, it’s also important to understand that women’s beauty standards can be tied to violence and misogyny. Women refusing beauty standards can lose their jobs, risk acid attacks, or have their credibility questioned as a sexual assault victim. Men’s beauty standards are generally linked to toxic masculinity, unrealistic gender roles, and the concept of what it really means to ‘be a man’.

The beauty myth today exists on all fronts. It demands our energy, our money, and our sanity. Fighting its expectations is harder than not wearing makeup or letting your natural hair loose because its been so ingrained in our society that we don’t notice ourselves competing with others to look our best. Today, we must question where our insecurities come from. Do you really want a nose job? Or have you heard all the women in your family talk about how they think aquiline noses are ugly Unlearning the beauty myth today takes time, and Wolf’s advice is more than prevalent: “A woman wins when she feels that what each woman does with her own body—unforced, uncoerced— is her own business. Let’s be shameless. Be greedy. Pursue pleasure. Avoid pain. Wear and touch and eat and drink what we feel like. Tolerate other women’s choices.” 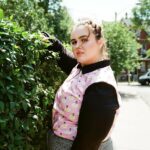 Previous: 5 Inclusive And Body Positive Canadian Brands To Watch In 2020 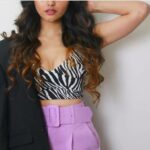