It goes without saying how important women’s rights are, and we’ve seen empowered women protest for workplace rights, voting rights, reproductive rights, and so much more over the past hundred years. The list of incredible ladies who’ve influenced how we live today is endless. Where would we be if Gloria Steinem hadn’t gone undercover at the Playboy mansion? Or if Toni Morrisson hadn’t paved the way for female writers everywhere? Naturally, there’s a few women that come to mind when you think of historic trail blazers, like Marilyn Monroe and Rosa Parks. Though what about the women that fell through the cracks? The women whose work often went thankless, but was necessary nonetheless?

Here’s a list of 8 women whose names you may not know, yet the marks they’ve left on history will remain forever.

Rosemary Brown was the first black woman elected to Parliament in Canada in 1972. She stood for not only women’s rights, but racial equality, human rights, housing, and the overall advancement of minorities. She helped reform education in British Columbia, removing sexist lesson plans during the rise of feminism in the 60s. Brown dedicated her whole life to breaking down boxes that women and people of colour were often forced into. During the 70s, she introduced countless bills that many considered radical at the time, such as eliminating discrimination based on sex and marital status.

Alexa McDonough is the first woman to have led a provincial party. She represented Nova Scotia’s New Democratic Party in 1980 and  kept the position until 1994. From then on, she won the position to represent the NDP federally and her policies prioritized people first. At 14-years-old, she made headlines by fundraising for the low-income black neighbourhoods all around her. After the attacks of 9/11, she openly fought anti-Muslim and Islamophobic sentiments at the federal level by standing up for Mahar Arar, an Arabic man wrongfully arrested for terrorism.

Kenojuak Ashevak was a prolific Inuit artist. If you had a Canadian 10 dollar bill in your possession in 2017, then you’ve probably seen her work. Her painting ‘Owls Bouquet,’ is printed on the holographic section of the commemorative bill. She broke records as the first woman to be involved in the printmaking shop at Cape Dorset. She was also one of the only female artists to have her work published in every Canadian print publication.

Mary Ann Shadd Cary was the first black woman to become a publisher in North America and Canada, and her work in the 1800s was groundbreaking. Although she was born into a free family in 1823, she spent years working for the Underground Railroad helping liberate other slaves. She went on to become an activist and journalist, writing historic papers on freedom and women’s rights. She spent most of her life travelling back and forth to Canada as a journalist, writing articles for other people escaping slavery. Ten years before her death in 1893, she became the second black woman in North America to earn a law degree.

Emily Pauline Johnson, also known by her Mohawk name, Tekahionwake, was a mixed-race writer in the 1800s. Tekahionwake spoke openly about being half Mohawk and half English-Canadian. Consensual marriages between European Canadians and First Nations people were rare at the time, but sexual assault towards First Nations women by European colonizers was unfortunately all too common. As a result, Tekahionwake’s parent’s marriage was largely stigmatized. She created art, poetry, and literature that discussed the integration of both her cultures and her criticisms of the Canadian government.

Chien-Shiung Wu was an award winning Chinese-American nuclear physicist. Her most significant accomplishments include contributions to the Manhattan Project during World War II and the discovery of separating uranium isotopes by gaseous diffusion, which she wasn’t properly credited for. Despite the experiment being named after Wu, her male co-workers won the Nobel Prize she deserved in 1957 instead. In 1978, she was finally publicly acknowledged for her work and given the Wolf Prize. Wu was also named the first female President of the American Physical Society in 1975 and was the first living scientist to have an asteroid named after her in 1990 called ‘2752 Wu Chien-Shiung’.

Bertha von Suttner was the first woman to win the Nobel Peace Prize. She was born into an aristocratic family where military violence was encouraged. For the first half of her life, she never questioned the tradition. But after becoming an adult, she became curious about the violence all around her. She won the Nobel Peace Prize nine years before her death, when her work as an activist and writer was just starting to gain recognition. Her book, Lay Down Your Arms!, discusses women’s rights as well as their roles in society and war.

Pauli Murray was a pioneer at the forefront of the civil rights movement. If you’ve heard of intersectional feminism, you can thank Kimberlé Crenshaw. But before Kimberlé Crenshaw wrote about the crossing of race and gender discrimination in 1996, Pauli Murray was discussing the discrimination she experienced in the 50s as a black woman. She called the intersection of racism and sexism “Jane Crow.” It was her work that went on to influence women and feminists of colour across North America. 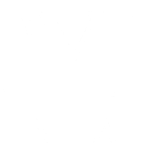