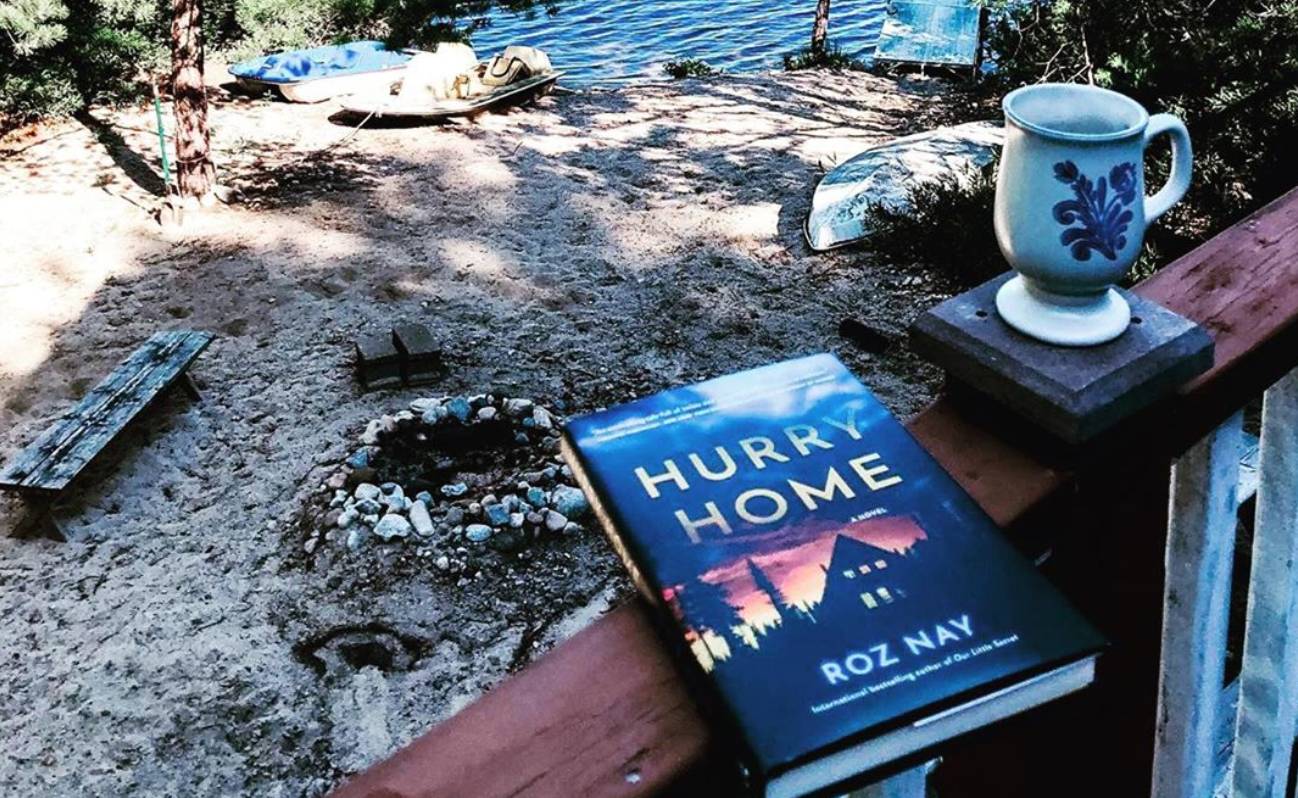 HURRY HOME is a utterly captivating. I'm beyond gobsmacked that this is only @roznay’s second book because her writing is extremely polished and so effortless. She is a remarkable storyteller that excels in plotting, pacing, and character development. ⁣ ⁣ The relationship between the sisters is the backdrop of this thriller. Nay twists this relationship so that it becomes the thing that destroys them—the women share a secret that only they know. With complex, flawed characters, the reader goes back and forth with their loyalty between the sisters and doesn't know who to believe. Both women are trying to reinvent themselves while running from a traumatic incident from the past, but the past always catches up to you one way or another.⁣ ⁣ Told from alternating perspectives, Nay keeps her readers guessing as to who is telling the truth and who is lying. She also plays on stereotypes surrounding class as well as utilizes her background in child protection by offering a glimpse into the harsh reality of the social services/child welfare system. ⁣ ⁣ This psychological thriller is about the bond betweens sisters, the lies that bind, the affects of loss, and how one terrible mistake can have devastating consequences. Highly recommend!⁣ ⁣ Today was a hard day…tell me something awesome.⁣ ⁣ #girlwellread #roznay #hurryhome #simonandschustercanada #bookflatlay #bookphotography #bibliophile #bookish #booknerd #bookworm #igreads #instabooks #readersofinstagram #booksofinstagram #bookstagram #bookstagrammer #bookreview #bookblogger #bookreviewer #bookreviewersofinstagram #bookwineandmetime #thereadingprose #bookfemmes #thechicklits #toronto

In Roz Nay‘s Hurry Home, two estranged sisters are trying to keep a dark secret in the past where it belongs.

Alexandra Van Ness has the perfect life. She shares a posh loft that’s tucked away in the mountains with her boyfriend, Chase, a handsome ex-ski racer. Alex works as a child protection social worker (her dream job), where she is passionate about saving children at risk.

When her long lost sister Ruth unexpectedly shows up at her door asking for help, Alex’s perfect life is turned upside down.

Growing up, Ruth was always getting in trouble and bringing Alex down with her. Their relationship is fraught with tension, hurt, and regret.

Alex decides to let Ruth stay under one condition: they will never speak of the past. But when a local child is in danger, Alex gets too involved and secrets from long ago come back to haunt her with terrible consequences for everyone. 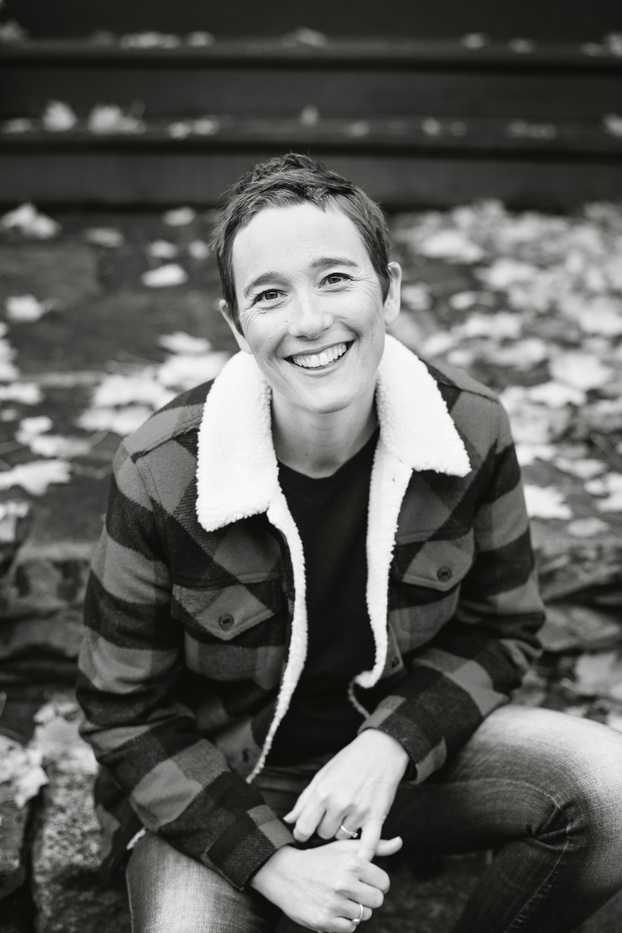 Hurry Home is utterly captivating. I’m beyond gobsmacked to learn that this is only Nay’s second book because her writing is extremely polished and effortless. She is a remarkable storyteller that excels in plotting, pacing, and character development.

The relationship between the sisters is the backdrop of this thriller and Nay twists it so that it becomes the thing that destroys them—the women share a secret that only they know. With complex, flawed characters, the reader goes back and forth with their loyalty between the sisters, not knowing who to believe. Both women are trying to reinvent themselves while running from a traumatic incident, but the past always catches up to you one way or another.

Told from alternating perspectives, Nay keeps readers guessing as to who is telling the truth and who is lying. She also plays on stereotypes surrounding class and utilizes her background in child protection to offer a glimpse into the harsh reality of the child welfare system.

This psychological thriller is about the bond between sisters, the lies that bind them, the affects of loss, and how one terrible mistake can have devastating consequences.

EC: What does your writing process look like? Are you a pantser or a plotter?

RN: I used to be an enormous pantser and just kind of wing it in books and in real life. I’d get the setting and the characters before I figured out the problem; and while that’s still true, I’ve learned that if I’m going to be successful in terms of deadlines, I need to defect to the plotter camp. I now plan the book quite meticulously, including color-coded post-it notes, beat by beat, which is something my editors are rejoicing about, I think. So, I’m a reformed plotter. But I still wing it in real life.

EC: What was the inspiration for Hurry Home?

RN: I think that a lot of the book is inspired by my day job in child protection. I know all the worst stories about this idyllic mountain town in which I live, and I’m interested in the notion of underbellies. I also have two sisters, and wanted to write about that kind of devotion as a theme. We’d all go pretty far for our sisters, right?

EC: Did you conduct any research for the book?

RN: I needed to get the family services pieces right, but I consulted with colleagues who I see on a daily basis, and they were very helpful in terms of ‘what would happen next’ legalities. I seem to have female friends doing full-on, frontline work in this town – in child protection, in mental health and addictions, in all kinds of medical arenas – so I called on them for fact-checking.

EC: What character did you sympathize with the most and did that change while writing the story?

RN: Ruth. And no, that didn’t really change. I always knew who she was and what had happened to her.

Thanks to @touchstones_nelson for setting up a launch event yesterday that allowed us to remain socially distant. #hurryhome #timeslikethese #workaround #booklaunch #sortof #nelsonbc

RN: The scene at the start of Part II where we find out the big, awful secret that the sisters have been keeping to themselves all these years. It was a tough one – I cried when I wrote it, and felt surprised by it every time I edited it, as if it was someone else’s awful story.

EC: Did you set out to write a domestic thriller or did Hurry Home evolve into one?

RN: I think Hurry Home was hoping to be a tragic love story, with Sully as more of a centrepiece, and through the course of extensive edits, it got told to stop wriggling. It isn’t a typical thriller in that it’s not relying on typical thriller ingredients – there are no murders, stalkers, psychopaths or kidnappers – nothing that really constitutes the usual bad behaviour within the genre. Instead, I was exploring a more subtle, tragic way to be despicable, and in that sense it became an everyday villainy, settling into its domestic thriller spot.

EC: The relationship between the sisters is the backdrop of this thriller. Were you writing from experience or did you draw inspiration from another author who is especially good at writing female relationships?

RN: I’m the youngest of three sisters and although my relationship with them is a lot healthier than that of Alex and Ruth, I still understand the forcefield of sisterhood, the ways in which you understand each other even if you’re at odds. I’d do anything for my sisters, and I think that’s an interesting backdrop for a thriller. It’s compelling to be bound by something that destroys you and locks you together in equal measure.

EC: If you could tell your younger self something about writing and becoming an author, what would it be?

RN: Just to enjoy the simplicity of writing things down. It’s really what it’s all about. I used to dwell only in this zone as a younger writer, because I didn’t know I was a writer yet. Now that I’m further into the industry, other factors creep in – pressure, harsh reviewers, competitiveness, the need to succeed – and I have to remind myself of simpler times. All you have is the book, and the rest is beyond your control anyway.

RN: I’ve just completed a third thriller and am about to start the edits. It’s a thriller about a couple who take a job overseas in Africa, and befriend another couple along the way who seem very cool, collected and sexy. Of course, they’re none of those things; but by the time that’s evident, they can’t get rid of them. It was a really fun book to write, and if edits go well, it should be out next year.