Menu
Home RELATIONSHIPS, SELF, TRENDINGThe Difference Between A Shoulder To Cry On And A Person To Rely On: Emma J-W On Distinguishing Codependency

The Difference Between A Shoulder To Cry On And A Person To Rely On: Emma J-W On Distinguishing Codependency 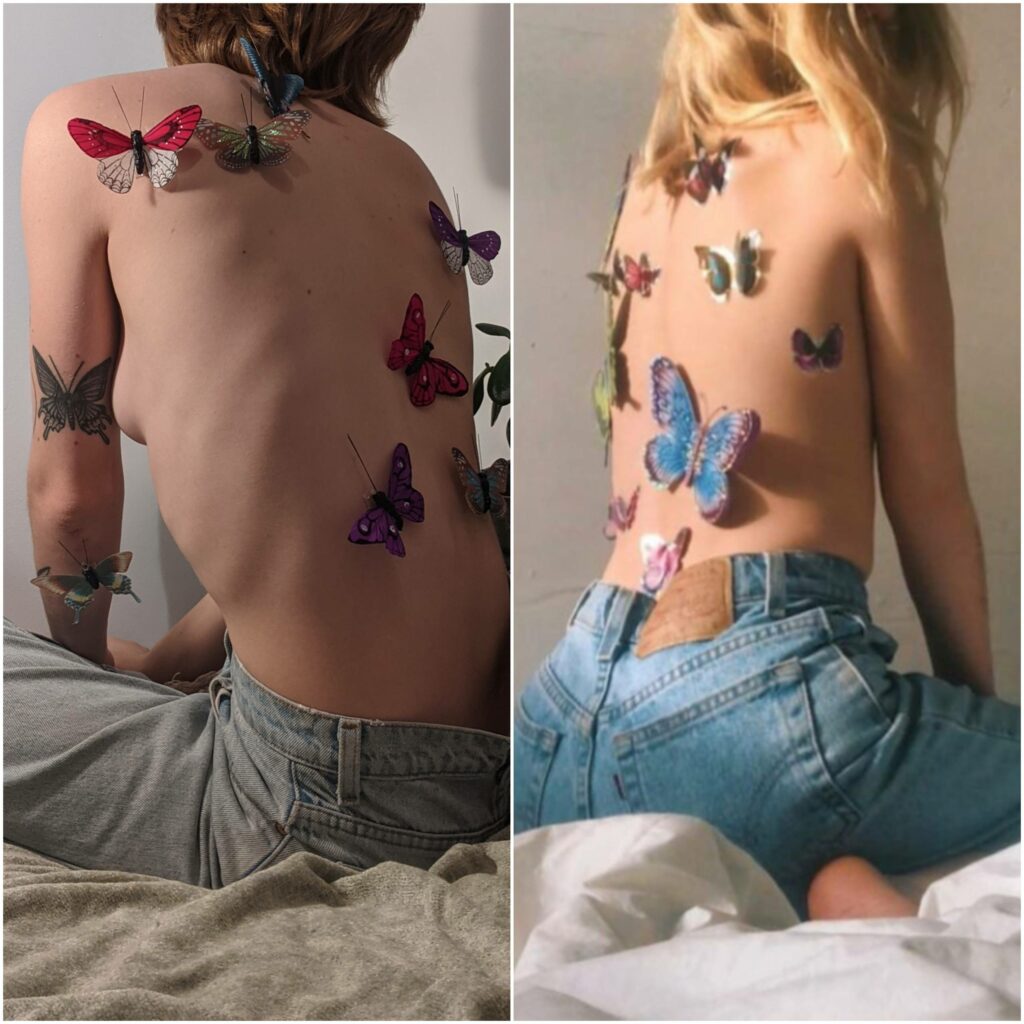 I remember standing on my balcony once, chatting with a friend of my then boyfriend who was telling me about his ex. He credited the demise of their relationship to “codependency” with disdain in his voice. The word wasn’t addressing me, but it cut through me so quickly that I wanted to cry right then and there.

Why? Maybe his use of the term meant that he knew something about me that I’d been desperately trying to deny: I was in a codependent relationship with his friend.

I only began to take accountability for codependent behaviour last spring when I was diagnosed with Borderline Personality Disorder (BPD), and my diagnosis kicked off a deeply reflective self-therapy journey to target unhealthy relationship habits. I had realized at the time, at the tail end of another breakup, that not only was I desperately afraid to be alone but that I shaped my behaviour around whoever I was in a relationship with.

When I wasn’t in the presence of a partner, I wished that I was. My mood and temperament were reflected by their proximity to me. I cancelled plans with friends and family to be with them. I simply wasn’t functioning as an independent person.

Now, this is a lot to take in about yourself when you’ve spent years denying your own evidence. Previously I had excused these habits on the basis of sheer romanticism, convincing myself that my ideas were beautiful instead of self-sabotaging. As I emerged from this oblivion, I began to tackle my newly-grasped self-awareness by taking a break from dating to identify the relationship habits that weren’t serving me.

During that time, I observed a number of patterns in the behaviours that I had performed before, during and after any new relationship — without fail I would move too quickly, abandon my free time and personal passions in hopes that this person would finally be “the one”, and when they broke up with me, I was beside myself with grief and self-hatred. Having finally developed some self-awareness of these patterns, I renounced codependency and began to reconsider my cognitive responses to romantic interaction.

“Previously I had excused these habits on the basis of sheer romanticism, convincing myself that my ideals were beautiful instead of self-sabotaging.”

Emma J-W in “Inside One Woman’s Journey With BPD And Unlearning Compulsive Attraction: A Self-Love Story” on STYLE Canada

Several months later, I have a handful of newly adapted perspectives about love and attachment that I’ve had the opportunity to practice in the first relationship I’ve been in since my diagnosis. In the beginning stages of dating this person, changing my habits meant being transparent with him about my mental health endeavours and my efforts to change the way I experience relationships. But the beginning stage of a relationship has always been the easiest part for me to be in, when I’m over the moon about someone that I don’t yet know well enough to have expectations of.

That being said, it was difficult at times to reflect thoughtfully on my own wants and needs while I was being flooded by new feelings of romantic attachment. I pushed through where I could: journaling, bi-weekly therapy appointments, and confiding in my friends and family, in order to adapt a more rational process of experiencing attraction and affection for someone I was only just starting to know. I felt that if I were going to allow myself to be in a relationship with this person, it would have to be for authentic and carefully considered reasons.

A few months in it seemed that I had achieved just that — I was participating in this partnership in a new, healthy way. Or at least I believed that until our first conflict.

Though to be be completely honest, I can’t fairly label it as “conflict” because my partner doesn’t call it that. It was more like a conversation. I was experiencing preliminary insecurity on a day that we had gone on a long wintery walk by the beach. I’d recently lost a job, was navigating a sudden need to move, and was experiencing tension in my friend group. It was the first time that I had felt distressed since we started dating, and I found myself increasingly seeking him out for comfort rather than for the simple pleasure of each other’s company.

On this particular walk I was already feeling anxious. We had been discussing relationship values and he had explained that one of the reasons he was able to confidently enter into a relationship with me was because he had no interest in being codependent. Even though I had been candid about the efforts I was making to depart from similar behaviour, his words cut through me in a similar way.

I panicked and froze up, feeling unable to speak without crying as we continued our walk. I hadn’t witnessed many examples of resolved interpersonal conflict growing up, and felt at a loss to articulate myself if I was ever hurt or not in agreement with something a partner had said. What was really happening was that the word “codependent” had triggered an insecurity specific to romantic relationships. Instead of saying that, I delivered a blubbering confession of suppressed fear that I had the potential to be this codependent partner he had no interest in.

Maybe I already was, I thought, asking myself how many times I had cried to him over the phone that month. Too many, I thought. He had said I was overthinking, that it felt like I was looking for a problem where there hadn’t been any. That little voice in your head he called it, to which I wanted to respond that it was all of my head. I screamed internally “My entire brain is a culmination of over-had thoughts!”

Inevitably the conversation subdued and I experienced my usual need to deliver a concluding statement: I thanked him for being so patient. He said “you’re worth it”, but I was too submerged in my own mind to discern his meaning. “You’re worth it” translated to “the normal you is worth the part I don’t like”, though in retrospect I see this as a distorted interpretation. He hadn’t divided me into two — I had.

“What was really happening was that the word ‘codependent’ had triggered an insecurity specific to romantic relationships. Instead of saying that, I delivered a blubbering confession of suppressed fear that I had the potential to be this codependent partner he had no interest in.”

When I feel overwhelmed by emotions, I often don’t recognize myself. I feel like the dark half of a whole, unable to see or reach the other side. When I come out of that dark mentality, I recall my behaviour and launch myself into guilt for having let myself risk losing a romantic partner to undesirable emotional display. I assumed that he had said “you’re worth it” because he thought he was talking to the good side of me; the part that doesn’t have emotional outbursts.

Later that night he texted me to express how proud he’d been of my vulnerability and to assure me that I could share anything with him. Still, I believed that his opinion of me had been permanently changed. When he had no interest in rehashing the conversation two days later over the phone, I used it as excuse to send myself into a spiral of emotional concerns. When I didn’t hear from him, I assumed that he was breaking up with me. In fact, I told him this in a voice mail. He thought that was funny.

From a rational place, I can now articulate that I had been experiencing a triggered and desperate fear of abandonment. My thoughts were trudging along just fine until I allowed the word “codependent” to threaten them, and begin a coup d’état on my brain.

Rationally, I know that it’s very normal for couples to have conversations that one or both parties don’t enjoy. Irrationally, it felt like an immediate indication that my partner no longer liked me. I was sure that he no longer liked me because I’d been sad for majority of the past month and had surely become too much of a burden.

He had said at the time, that there was a difference between resting a head on someone’s shoulder and being reliant on them, but I had not known the difference then and I’m not sure that I do now.

I have found in my readings about BPD that individuals with this mood disorder often employ “all or nothing thinking” in response to interpersonal conflict. Take for example, my belief that having one “conflictual” conversation meant that my partner no longer liked me. There were many moments in past relationships when thoughts like this controlled me, until I felt validated enough that I allowed myself to believe I was still worth liking. I haven’t completely grown out of this behaviour at this point in my recovery, but I find that my responses are milder these days, and that I can regain control of them much sooner then I used to be able to.

A specific goal of my therapy journey pulls from the practice of Cognitive Behavioural Therapy (CBT), whereupon I change the way that I feel about something by changing the way I think about it. For instance, in the past I would’ve waited for my partner to come up with evidence that he still wanted to be with me, like an unsolicited affirmation — i.e. a “good morning beautiful” text — that indicated he was interested. Employing CBT, I look at this thought and edit it: my partner didn’t text me because he still likes me, he texted me because he never stopped liking me. I know this rationally.

I know it’s OK that he doesn’t always like the little voice in my brain that overthinks, because I don’t either. However, that little voice has been my own enemy for so long now that I’ve begun to respect her in some capacity, impressed by her longevity. She’s my other half, and that thought doesn’t feel negative anymore. To my surprise, I’ve crossed a major bridge in realizing this: I’m not distressed by the idea of my partner not liking all of me. I know that our affection for each other is no less real or valid.

I am learning in small strides that love is not defined by lack of conflict. I am learning that loving another person has a lot to do with forgiving yourself too. And lastly, I am learning to take care of myself on my lowest days, when I become my other half. Because I’ve realized that I have enough love for her on my own. 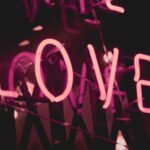 Previous: The Ultimate Valentine’s Day Gift Guide (For You Too!) 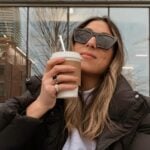