Boreal Book Club: Waiting For A Star To Fall By Kerry Clare

Welcome to STYLE Canada‘s Boreal Book Club: a monthly meeting narrated by Erin Catto, (reviewer at Girl Well Read), for bookworms who are looking to scour new pages. Since we aim to shine a spotlight on all things Canadian in life and style, beauty, and health and wellness, it goes without saying that every instalment of the Boreal Book Club will feature a Canadian author and their latest title. Be sure to use the hashtag #borealbookclub to share with us on social!

Charismatic Derek Murdoch is a rising political star and Brooke Ellis has long been caught in his orbit. First they had a working relationship—with him as her boss—and then they had a friendship—Brooke was his person, his confidant. But her feelings towards Derek run deeper and it seems that his charm is just too hard to resist.

Brooke never thought that he would feel the same way, especially given their age difference. But when Derek returns the feelings, none of the reasons why they shouldn’t be together matter. They fall in love, steal weekends away, and after long days at work, share takeout late at night, all while while keeping their relationship under wraps. Brooke tells herself a future with Derek makes it all worthwhile.

When things fall apart after a heartbreaking betrayal, Brooke is left holding the pieces of their life while Derek becomes entangled in a sex scandal. As the public makes up its mind about who Derek really is, Brooke is forced to re-evaluate their history—did she ever really know the man she fell in love with?

Waiting for a Star to Fall is a story that could literally be plucked from today’s headlines. At first glance it appears to be a love story, but it’s so much more—it’s a glimpse into the high-profile world of politics, misplaced faith, and how so much of our reality is tied to perception.

Women in general struggle with owning their authority, voice, and power, yet men have no problem with it—just look at how many are successful and in positions of leadership they have no business being in. In Waiting for a Star to Fall, Clare explores the power dynamic between an influential man and the young women he surrounds himself with.

The narrative is smart and insightful. By writing in third person, Clare captures Brooke’s authentic perspective as well as her self-doubt. Clare also has an impeccable ear for dialogue – the conversations between Brooke and Derek are some of her best work. 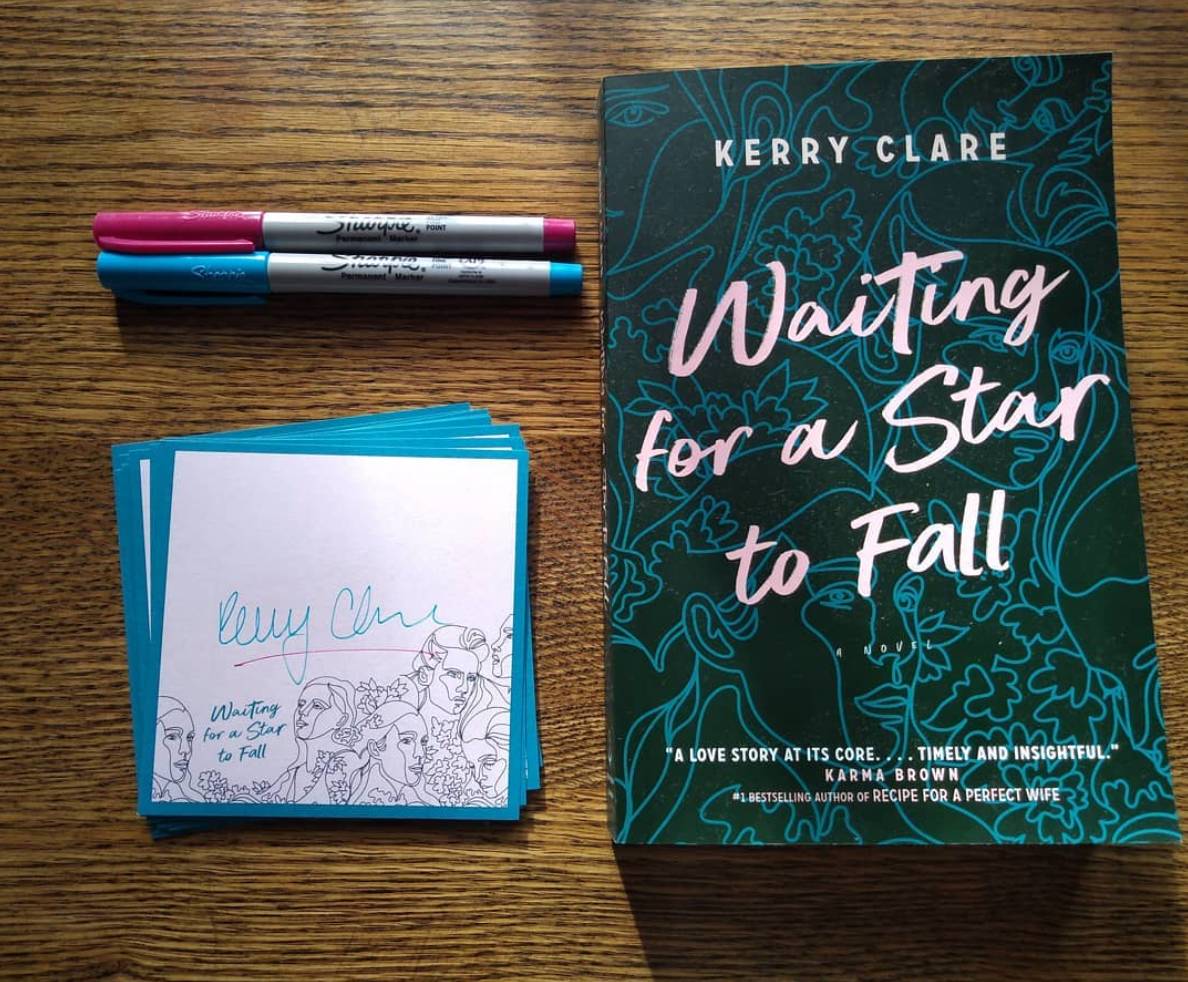 EC: How did you come up with the concept of Waiting for a Star to Fall?

KC: In January 2018, I was reading the newspaper, and on the front page photo was of a politician who’d just (supposedly) had his career self-destruct because of allegations of sexual misconduct and persistent rumours that he’d been having inappropriate relationships with women who worked for him who were half his age. He’d been denying all of it—but then the photo depicted him with an ‘on-again off-again girlfriend’ who had worked for him and was half his age. Obviously, I wasn’t shocked, but I was so intrigued by the woman in the photo, by the situation she’d suddenly found herself in, especially since she was still so young. I knew I wanted to do a whole lot more thinking about somebody in her shoes.

EC: What comes first for you – the overall idea or the characters?

KC: For this book, it was the idea, because the fictional characters I’d come to invent are so very different from their real-life counterparts. Writing the book was definitely a process of discovering who these people are.

KC: I write the same way I read—to find out what’s going to happen at the end. It’s the most exhilarating experience both ways. And then once a first draft is done, I become more methodical about plotting and planning, and I usually find that the most important scenes in my books weren’t even there the first time around. 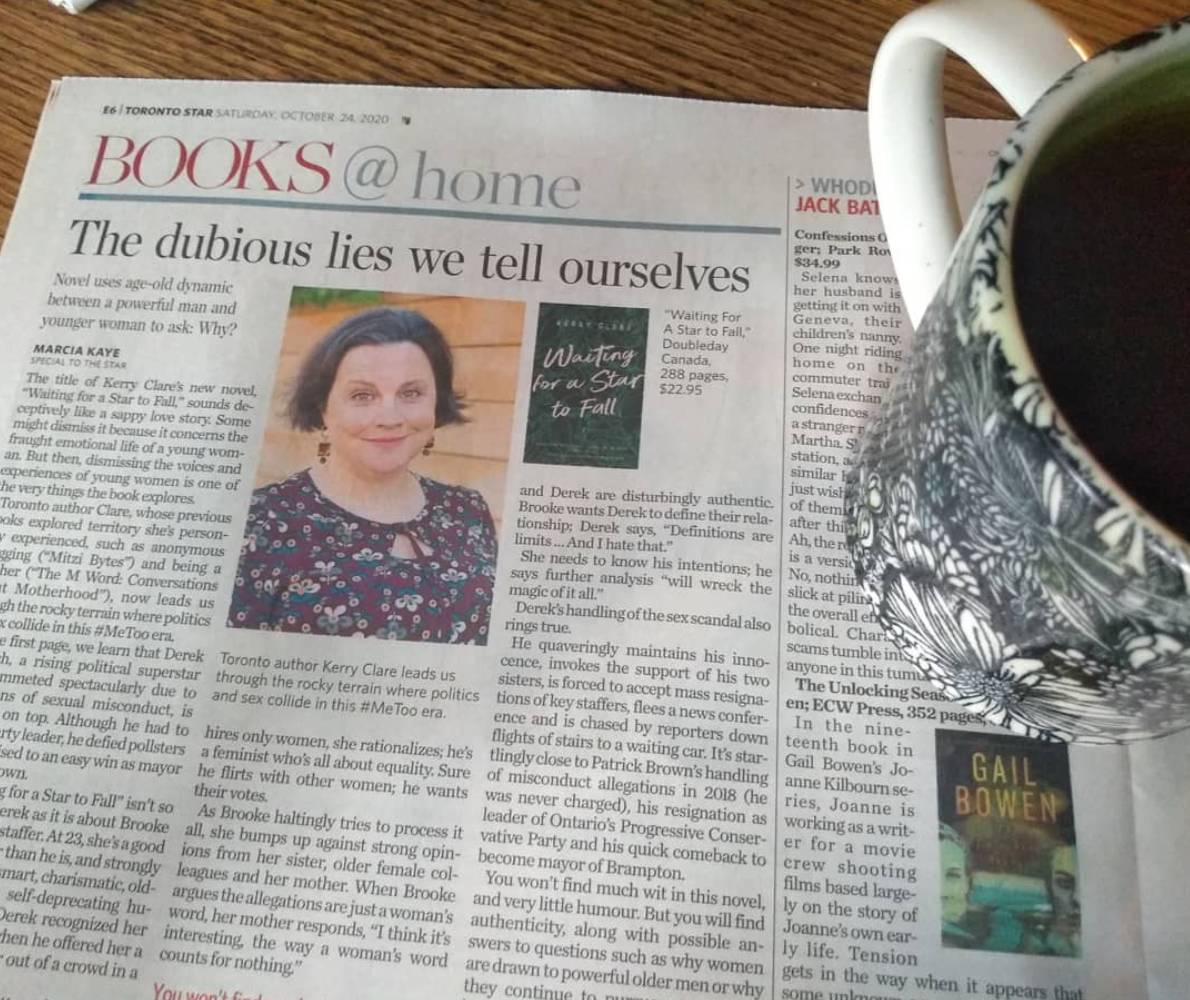 EC: Has your writing process changed since your first book, Mitzi Bytes: A Novel?

KC: Both of my published novels have been written in very short periods during which I’ve challenged myself to write 1000 words a day over about three months or so, and I have loved this process, the way it has helped to make the stories propulsive. The book I am currently working on, however, was written in between my two published books, and I’ve been working on it bit by bit for the last five years. The result has been a book with a very different shape and pace. I hope it finds its way into world, but if not, I will return to my tried-and-tested 1000 words a day trick.

EC: Did your feelings about any of the characters change while writing the book?

KC: It was very important to me to make Derek Murdoch a character who was, albeit slimy, someone whose charisma and appeal was real, because it needed to be plausible that Brooke would really fall in love with him. So I will admit that sometimes he really did charm me. Like Brooke, I wish he could be a better person. But of course, guys like that will always break your heart.

I also developed a real soft spot for his mother, and if you’ve read the book, you’ll understand why.

KC: The scene where Derek returns to Brooke one last time before she leaves the city and they end up having sex on her sad mattress on the floor. It was not difficult for me to write emotionally, because it was really interesting, but I had to work very hard to achieve the nuance and messy mix of emotions and possibilities I was going for, the lack of specificity (in terms of right/wrong/, yes/no, love/hurt) that gives the scene its power. 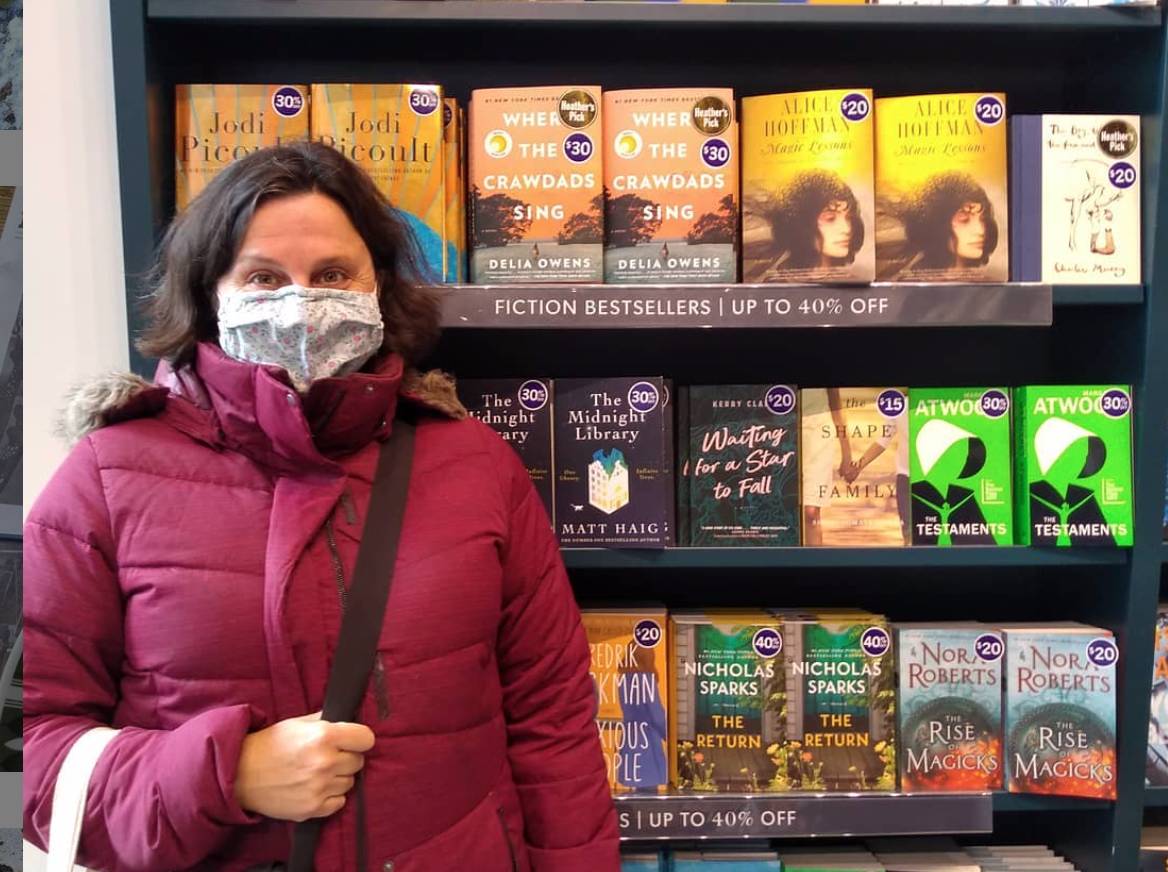 EC: Can you tell me about the research you did for Waiting for a Star to Fall?

KC: Because the seed of the novel is based on a real life story, I worked to distance myself from that by doing most of the work in my own head, permitting my characters to be far more interesting than the people who’d inspired them. After I’d written a draft, however, I read the very terrible memoir by the politician who’d inspired my idea, and this was so interesting because there were several things I’d guessed at and had gotten right (like how badly he’d treated his girlfriend) and also because I’d worked really hard to make Derek a sympathetic and interesting human being, but the memoirist did not seem to have been as concerned with this.

EC: What made you decide to write the book from a third person point of view and include a dual timeline? Was it easier or more challenging to write it this way?

KC: My book was originally written in the first person, which was necessary for me to get into Brooke’s head, but both my agent and I agreed that a third-person narration would be easier for the reader. People are really hard on female characters and Brooke is so young and often wrong, and I thought that giving readers a little bit of distance from her perspective would make them more sympathetic toward her.

The duel timeline came about organically, because present-day Brooke is living in a kind of exile and spending most of her time trying to make sense of the story of her relationship with Derek, which has fallen to pieces. So the two timelines allowed me that space for her reflection.

EC: If you could tell your younger self something about writing and becoming an author, what would it be?

KC: That it’s okay (and even advisable!) not to peak too soon. In 2007, I completed a creative writing Masters Degree, at which I was not very successful, and while it would have seemed to me at the time to be an unjust punishment that I’d have to wait another decade before my first novel was published, it was the perfect plan in retrospect. I am so happy that I was able to continue to learn and improve as a writer so that my published books are works I am really proud of.

KC: The same book I mentioned that I’ve been working on for five years (with starts and stops). It’s called Asking for a Friend and traces a friendship between two women across decades and continents, exploring how integral our friends are in the construction of our selves. 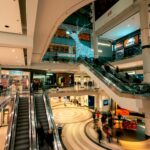 Previous: How COVID-19 Will Reshape Holiday Shopping Trends In 2020 And Beyond 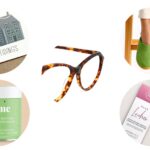 Next: Our #FallFaves: STYLE Editor Picks