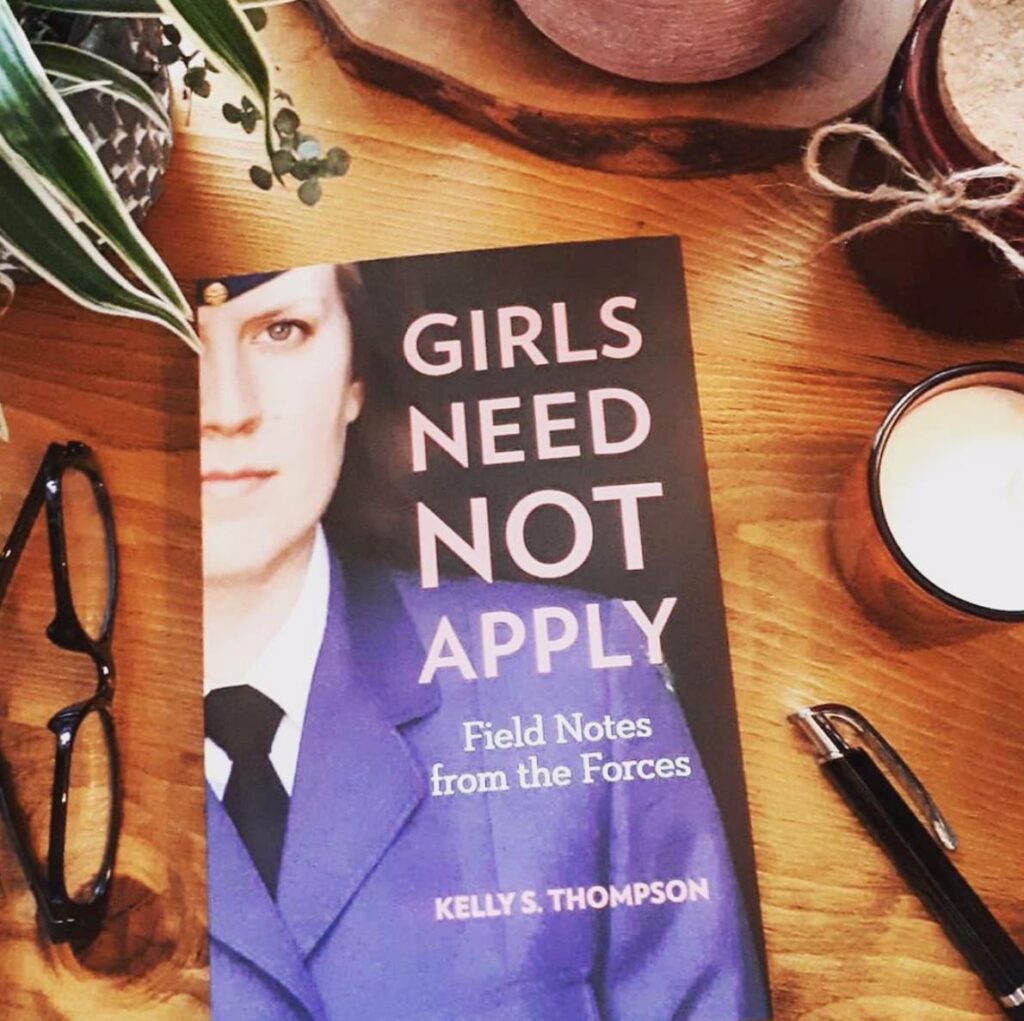 Welcome to STYLE Canada‘s Boreal Book Club: a monthly meeting narrated by Erin Catto, (reviewer at Girl Well Read) for bookworms who’re looking to scour new pages. Since we aim to shine a spotlight on all things Canadian in life, style, beauty, health, and wellness, it goes without saying that every instalment of the Boreal Book Club will feature a Canadian author and their latest title. Be sure to use the hashtag #BorealBookClub to share with us on social!

In her debut memoir, Girls Need Not Apply, Kelly S. Thompson brings us an inspiring, compelling story chronicling the experiences of a female captain serving in the Canadian Armed Forces and her journey to make space for herself in a traditionally masculine world. We chatted with Thompson about her work for this month’s #BorealBookClub feature. Scroll to read our conversation.

SC: You weave your story into a romantic journey of the highs and lows of being a woman in the forces. If you could tell your 18-year old self (then just joining the forces) anything, what would it be?

KST: I would tell myself to be self-assured and aware of what my limits are. There is this tendency, in military life, to push through adversity and physical pain. And while I understand the necessity for this sometimes, I also feel that it teaches people to not listen to their own bodies and brains. I wish I had joined the Forces with an awareness that life as a woman in the military would differ greatly from the four generations of family members who served before me. It didn’t occur to me that it would be otherwise. And if I had gone in with that knowledge, then I think I would have been better prepared to tackle those moments of harassment (or not allowed a medic to tell me that I had tendonitis when actually, my leg was broken) by having firm limits.

SC: PTSD is a major mental health issue amongst veterans. Any tips on how you coped with depression in your lowest times and how you helped your dad when he needed you the most?

KST: I’m lucky in that I didn’t go long before I was diagnosed with my depression, which hit full force when I left the military. I recognized it and immediately went to the doctor to get a referral. For me, I’ve balanced medication, therapy, and self-care, and self-care isn’t something a lot of military folks are good at because we’re trained to come last after serving our country and others. It was hard to finally acknowledge that I was one of the ‘others’. It was time to look after myself.

For my dad, and in my work with other veterans and ill or injured soldiers, I learned that a lot of supporting someone in their own mental health journey can be about making space. Make space for them to share their story without pressure, without judgement. I’ve never been to war, so I can’t understand that element of my father’s experience, but I do understand military life. Just saying that I understood in some capacity made all the difference. The deepened connection with my dad has been one of the most beautiful ramifications of releasing the book. We’ve always been close, but with his permission to share his struggle, it helps others. That’s the gift of a book.

SC: Your story shows how with fierce determination, you can climb the corporate ladder. Do you have any advice for women who’re trying to take that next step?

KST: Own your personal definition of what it is to be a good leader. The military definitely wanted me to be a certain type of leader; A-type, assertive. In my experience, this kind of leadership wasn’t effective. It led to troops respecting rank but not the leader themselves, and it went against who I was as a person. Abrasiveness isn’t how I do business.

I always felt I didn’t belong because I was so feminine, emotive, and empathetic. But, what if that wasn’t a bad thing? What if my empathy was valued in the same way as someone’s ability to do push-ups? I’m most proud of this part of my military career. I’m proud that I led with kindness and compassion but got the job done, and did it well. Were there times I had to push back and not let someone confuse kindness with weakness? Of course. But I’m glad I didn’t allow that kindness to be trained out of me.

SC: There’s instances in the book where you give examples of sexual misconduct, with little to no action being taken against it. As things have evolved with the #MeToo movement, do you see positive change happening in the Forces when it comes to sexual misconduct?

KST: Absolutely. I’m seeing so much change. Ten years ago, while I was still serving, I started writing a blog for Chatelaine about being a woman in the Forces. I wrote about light and frothy things, like what it was like to go to a mess dinner and what our uniforms looked like. I received all proper permissions, spoke to the public affairs office, and started the blog with success. So, I was surprised when I was called in off leave because a general in Ottawa had been alerted to my blog, and my boss had me drive five hours to explain why I was writing it. ‘Is your career worth risking?’, they asked. Essentially, I was being intimidating to drop it. They knew my dream was to be a writer, and they knew I was about to be medically released from the Forces as a result of a knee injury, but they still wanted me to stop.

I didn’t. Ten years later, I’ve released this memoir that says some pretty tough things about the military and I’m actually in Winnipeg right now, as the air force base here invited me to give a lecture for International Women’s Day. I’ve been invited to several bases to speak, and this, to me, is change. This is the military saying that there’s a problem and they want to fix it, and that’s magic to me.

I see the installation of new programs, tools, and education about harassment and the value of women. Things like Operation Honour and the new dedicated LGBTQIA2S++ and Women team for Veterans Affairs. This is progress. Whenever we see injustices in the world, we always want them righted immediately, but things take time. Especially at a bureaucratic government level. When you consider that it’s only been about thirty years since women have been allowed in combat roles, we’ve made big strides. We’ve come a long way, but we also have a long way to go.

SC: What’s something that surprised you while writing your story?

KST: A book takes many forms throughout its many iterations and revisions. Mine actually started as a fictional account of women in the Forces, and when my agent pointed out that it might work better if I told my story, I realized that I wasn’t writing it out of fear. It’s difficult to write memoir, since you’re judged on both your life and writing style. What held me back was a pained loyalty to the military, an organization I still love (my husband still serves today), and loyalty to the women who I failed for my silence when I witnessed abuse and harassment over the years. What surprised me most in my writing, especially in the early drafts, was how much I blamed myself for my own experience and how often I brushed my emotions under the rug to pretend they weren’t there. I victim-blamed myself. My editor had to encourage me to be kinder to myself because it was simply too hard to read a book where I spent fifty per cent of it throwing myself under the bus. That’s where I’m grateful to my editor and agent – two powerful, intelligent women for raising another up. 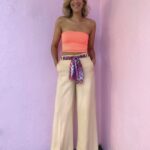 Previous: How-To: Refresh Your Basic Wardrobe Pieces For Under $5 (Part 1) 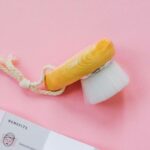