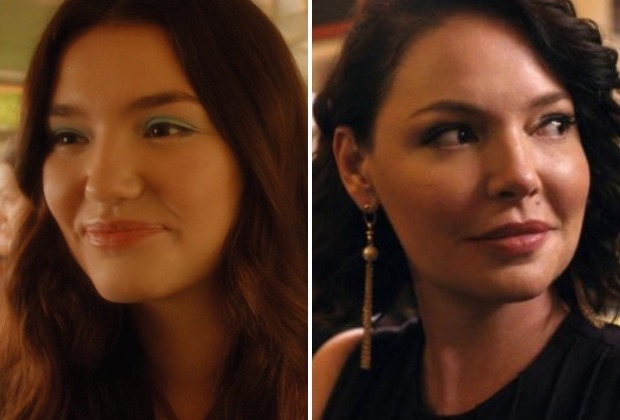 Earlier this year, Netflix released Firefly Lane, a series starring Katherine Heigl, Sarah Chalke, Roan Curtis, and 19-year-old Ali Skovbye. The show quickly took off and was watched over 1.3 billion times.
Firefly Lane is based on the bestselling book by Kristen Hannah. The show follows the lives of best friends Tully Hart and Kate Mularkey, and viewers can watch how their friendship grows with the ageing of each character.
The series also covers taboo topics like addiction, sexual assault, dealing with miscarriage, and the struggle of revealing one’s hidden sexuality.

Skovbye plays teenage Tully and was still a senior in high school when she filmed the show. Now a high school graduate, Skovbye sat down with STYLE Canada’s Mursal Rahman to chat about her breakout role.

Read the exclusive interview below!

MR: How did it feel when you learned you booked the role of teenage Tully?

AS: It’s funny… When I booked it I was going on a trip with my sister, my mom, and my best friend. We were driving to Kelowna – it’s like a five-hour drive from where we live. We stopped to get Subway and we were inside waiting and I got the call. I can always tell when my agent is calling because it comes up as Beverly Hills. I left the Subway to answer it because it was either good or bad news – either way I can’t be around people right now. So I answered, and my agents always stall when they’re telling me about projects. I had done some other tapings earlier that morning and they were like, ‘The tapings were really great… They were really good, but it doesn’t matter’. I was like, ‘What? What do you mean?’ Then they told me that I booked it and I remember just standing outside of the Subway in the middle of nowhere just off the highway and immediately started crying.

MR: How did you and Katherine Heigl work together to make sure your mannerisms and movements were the same?

AS: We had a week and a half of pre-production before we started filming. So that’s when me, Katherine, Roan and Sarah met. We all talked and also as we were filming, me and Roan (who plays Kate) got the episodes. So we would film one and two, then get three and four. We kind of studied the things they were doing. Before we started filming me and Katherine talked about the general understanding of the character and her characteristics, the way she thinks, and how she goes about life to make sure we were on the same page. Watching the footage was super helpful because I saw exactly what she was doing.

MR:  You had to film a rape scene which I imagine must have been difficult.  I read that you worked with an intimacy coach. What was it like preparing for a scene like that?

AS: Yes, we had an intimacy coach. We were told before we even started shooting the series that there would be an intimacy coach which made the process that much safer and comfortable. Everything ran super smoothly and you had somebody to talk to. She was also available for the crew to talk to. It was just very smooth and very well taken care of. That made me a lot less nervous for it because I knew there would be somebody specifically there to help us. I have a couple of friends who unfortunately experienced sexual assault, so I asked and made sure it was okay that I talk to them a little bit about it. I just tried to make it as real and honest as possible, and Mike, who plays Pat, was super lovely. He was super respectful and that helped with everything.

MR: Over the course of the show, you see Tully and Kate’s friendship go through ups and downs. Do you think they have an unhealthy dynamic or a toxic friendship?

AS: I don’t necessarily think their relationship is toxic… I think it is probably a bit too co-dependent. I would say that’s more on Tully’s side than Kate’s side, but that also stems from the fact she doesn’t have anyone else. That’s kind of the only person she has in her life, so when you grow up like that, I can completely understand holding onto the one person you have. At the end of the day, they’ve gone through everything together and love each other more than anything. Their friendship is what shaped their entire lives. I don’t think they would want it any other way.

MR: The show covers a lot of difficult subject matter like sexual assault, drug addiction, going through a miscarriage, and Kate’s brother struggles to tell her he’s gay. Why is it important to tell these stories on screen?

AS: With sexual assault, the main thing people say is to talk to somebody. Tully telling Kate was the main thing that helped her get through it. Talking to someone is so important. A lot of times people still don’t feel comfortable doing that. Like, having a miscarriage… People just still don’t feel comfortable talking about it with someone and opening up. As much as people say talk to somebody, it’s really hard to talk to someone and people still don’t do it. Showing these types of stories can hopefully make people feel a little less alone. I think when something happens to you, it’s really easy to feel like you’re the only one and that you’re completely alone in it because if you don’t open up to somebody, you can’t share that experience with anybody.

MR: Tully has great style as a teen and as an adult. Can you tell about the approach costume designer Alissa Swanson took when transforming Tully’s style from 70s boho queen to a successful journalist/talk show host?

AS: She was incredible. Before the summer we started filming, she had gone on a road trip from Kelowna back to Vancouver and stopped at every thrift shop on the way and bought stuff from a whole bunch of different thrift stores. So a lot of the stuff we wore was actually 70s vintage, which was really cool. Some of it she personally made, so a few pairs of jeans fit me perfectly because she made them specifically for me, which was great. I loved everything I wore; I really adored everything. My personal wardrobe definitely changed a lot after the show… Bell bottoms and all that stuff.

MR: There are no reports of a season two, but if there is one, where would you like to see Tully?

AS: I said this in a previous interview, but I really want young Kate to have something with a boy. She needs a love interest. It’s gotta be super awkward and hilarious – that for sure needs to happen. From Tully, I think that their friendship is so new in our storyline, and so I’m excited to see their friendship grow into the super-strong bond that it becomes later. I always forget that they’re 14-years-old. I think they are 17, but they are 14, which is really, really young. They’re experiencing everything for the first time and I think that kind of nostalgia is something everybody wishes they could go back to. 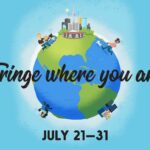 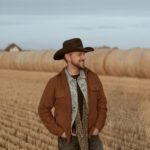 Next: Brett Kissel And The Importance Of Following Your Passion