María Correa is a Fashion Designer and Painter Artist who appreciates the world through the
eyes of a creator and, as such, is capable of finding beauty in everything. Taking advantage of
her developed sense of aesthetics, she reflects in her designs a precious ability to transform the
ordinary into extraordinary, revealing hidden layers of meaning, thus discovering that there is
much more to life than what we can see or touch. 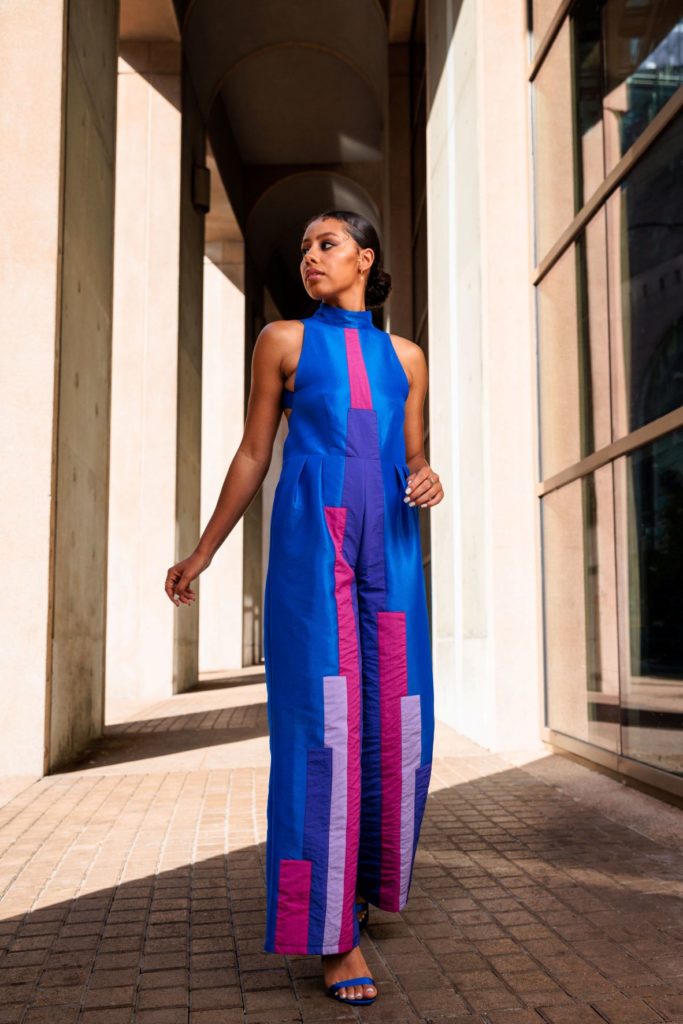 MW: How the designer started in fashion career?

MC: One day at a handicraft fair in Vancouver, she was admiring the creations of a talented woman
who was selling some beautiful skirts made with fabrics printed with the images of one of her
paintings. She loved it so much, that she knew right away what she wanted to do with her art:
not only represent it with oil on canvas, but also in fabrics, on beautiful feminine garments that
the women who wore them could bring to life with their moving silhouettes.

Since 2017 that she studied Fashion Design in the former Art Institute of Vancouver -currently
LaSalle College- her creative work has become designing art clothing for women. In November
2021, she founded her brand María Correa to be part of the Slow Fashion Movement, as well as
to trade in a fairly manner with suppliers and manufacturers.

MW: What inspired the designer to come up with its designs?

The unique looks presented by María Correa, like the marvelous Emirates that inspired her to create
them, show with captivating colors, fabric, textures, and shapes, a beautiful and cohesive display
of the seductive mix of desert, sea and city, the forms of the impressive mosques, the uniqueness
of some of the most special buildings on Earth, the aesthetics of luxury, as well as some of the
attributes that Emiratis embody every day, such as beauty, hard work, resilience, and strength.

In the VFW runway show we saw the female gorgeous models wearing a black retro T-shirt screen
printed with an emblem that reads “#BeAPalmTree – Bend, Don’t Break” as a call for embodying
one of the great lessons we as humans can get from the Emirati desert: the strength and resilience of date palms, that in the midst of a great storm may be bent so far over that they’re almost
touching the ground, but when the wind finally stops, those palm trees bounces right back, even
stronger than before.

In the colors of the emblem, we enjoy the beauty and originality of the SS23 season palette in the
forms of a Sundial sun, Verdigris bending palms, Luscious Red and Sundial dunes, and a Digital
Lavender sunset, pairing the T-shirt selectively in such a versatile way that we can appreciate and
imagine a variety of activities in shorts, in elegant business casual pants, or elevating the basics of
the retro tee combined with the sophistication of the classic tweed pencil skirt.

An elegant two-piece turquoise-blue tweed suit composed by a blazer and a pencil skirt, a quilted
mini dress and a beautiful long jacket evoke the beautiful colors and shapes found in the impressive
Sheikh Zayed Grand Mosque in Abu Dhabi, an architectural marvel and an inspiring entity that led
María Correa to design the circular-shaped hips, puffed sleeves and padded shoulders resembling
shapes like the domes of the mosque.

Finally, as showstoppers, we could see two more gorgeous garments: the stretch taffeta jumpsuit
which shapes draw the very silhouette of the inspiring tallest building on Earth, The Burj Khalifa,
as well as the Burj Al Arab stretch taffeta gown which, resembling the emblematic sail-shaped
building in Dubai, shows a total cohesion with the rest of the collection. 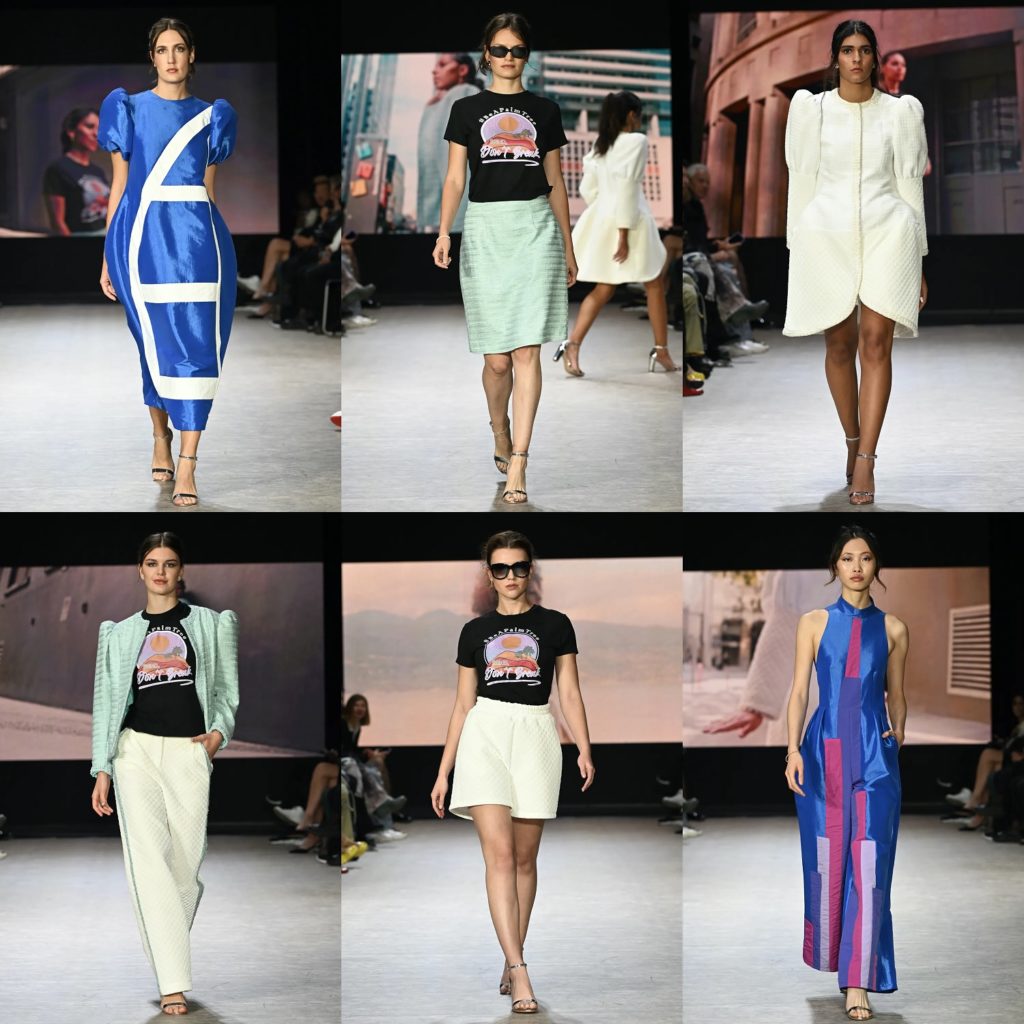 MW: What does the designer think set his/her designs apart?

MC: María Correa’s designs are very elegant and sophisticated, yet trendy and chic at the same time.
Through the story that every garment tells, they have a unique capacity to evoke feelings in an
audience.

MW: What advice would the designer give to people who want to enter the fashion
world?

MC: For young aspiring designers, I advise not to wait until they have years of work experience in the
fashion industry to start creating and showcasing their own designs, but to go for it from the
beginning, even if they are still students or they have a full time job, as that alone will give them
the real experience of exhibiting their creative work and getting feedback from the audience
response.

MW: Where does the designer see the future of her brand?

MC: María Correa sees a bright future for her brand, not only because her designs can captivate
audiences, but because there is a promising future in the slow fashion movement itself and
trading in a fairly manner with suppliers and manufacturers. 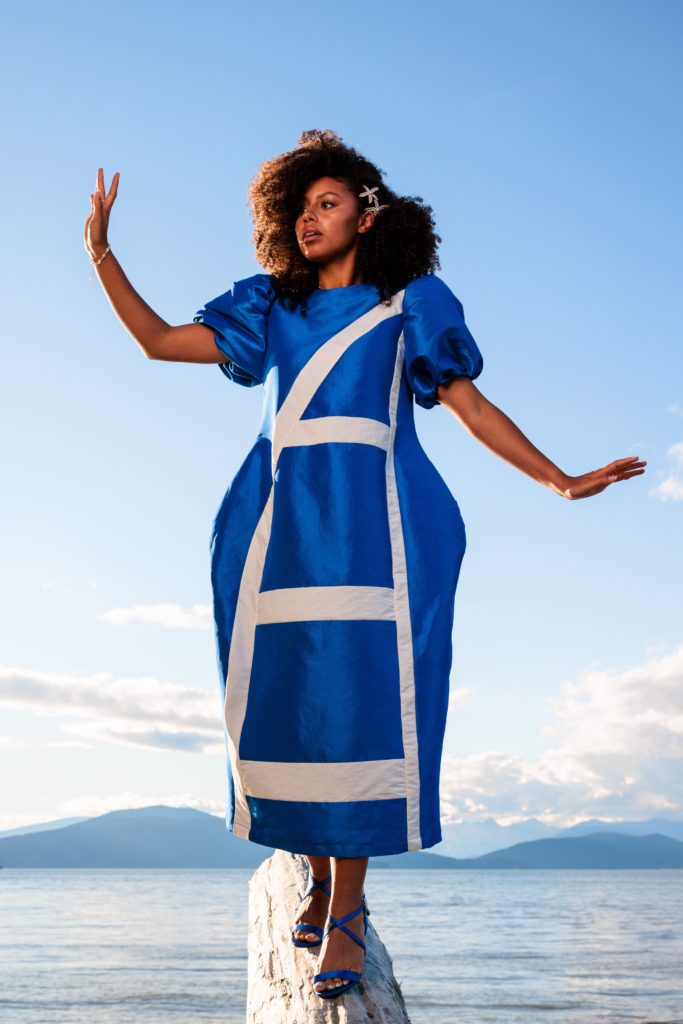 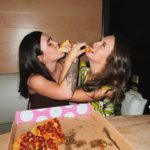 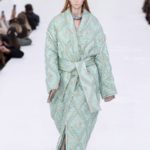