Boreal Book Club: You Will Remember Me by Hannah Mary McKinnon - STYLE Canada 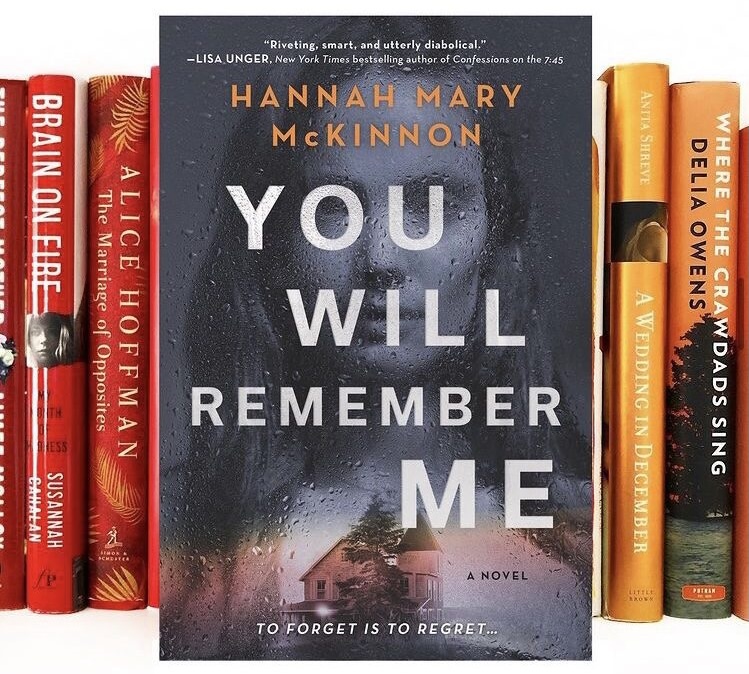 Home BOOKS, CULTUREBoreal Book Club: You Will Remember Me by Hannah Mary McKinnon

Boreal Book Club: You Will Remember Me by Hannah Mary McKinnon 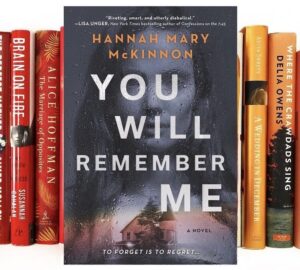 Waking up alone on a deserted beach with a gash on his head and only in swim trunks, he has no idea who he is or where he comes from. Everything he should know—his identity, his family, his life—has ben replaced by uncertainty. But returning to his hometown in Maine uncovers more questions than answers.

Lily Reid thinks she knows her boyfriend, Jack. Until he goes missing one night, and her frantic search reveals that he’s been lying to her since they met, desperate to escape a dark past he’d purposely left behind.

Maya Scott has been trying to find her estranged stepbrother, Asher, since he disappeared without a trace. Having him back, missing memory and all, feels like a miracle. But with a mutual history full of devastating secrets, how far will Maya go to ensure she alone takes them to the grave? 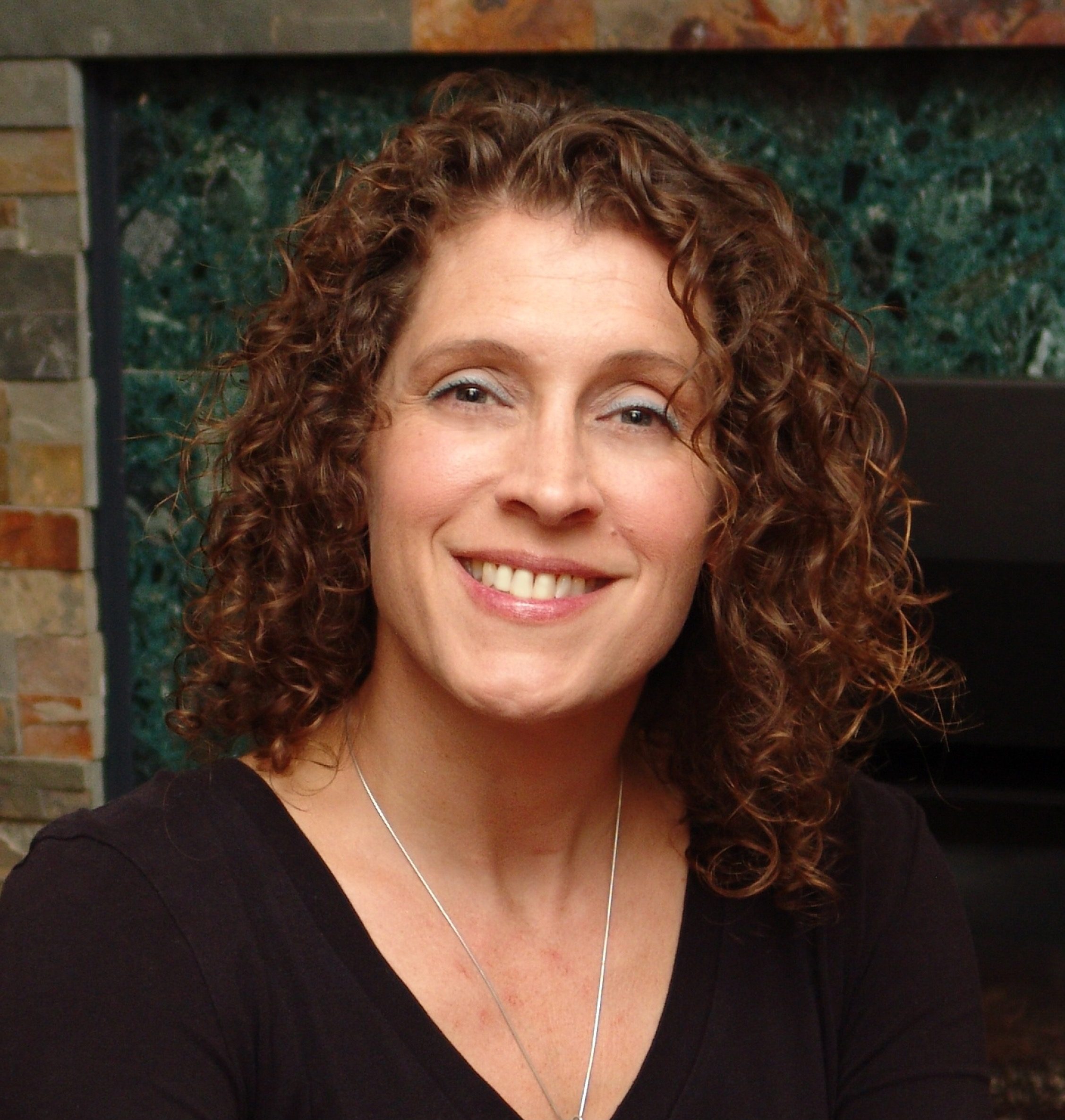 Shared fates intertwine in this twisty, explosive novel of suspense, where unearthing the past might just mean being buried beneath it.

While it starts off as a familiar amnesia trope, McKinnon peels back the layers of secrets, lies, and deceit—completely blindsiding her reader—and makes it unique and fresh. This simmering and suspenseful read absolutely explodes at the end. Hannah is the queen of shocking endings and this is no exception. The finale is both clever and satisfying.

You Will Remember Me is deftly plotted, layered, and perfectly paced.

Scroll to read Erin Catto’s exclusive interview with Hannah Mary McKinnon about You Will Remember Me. 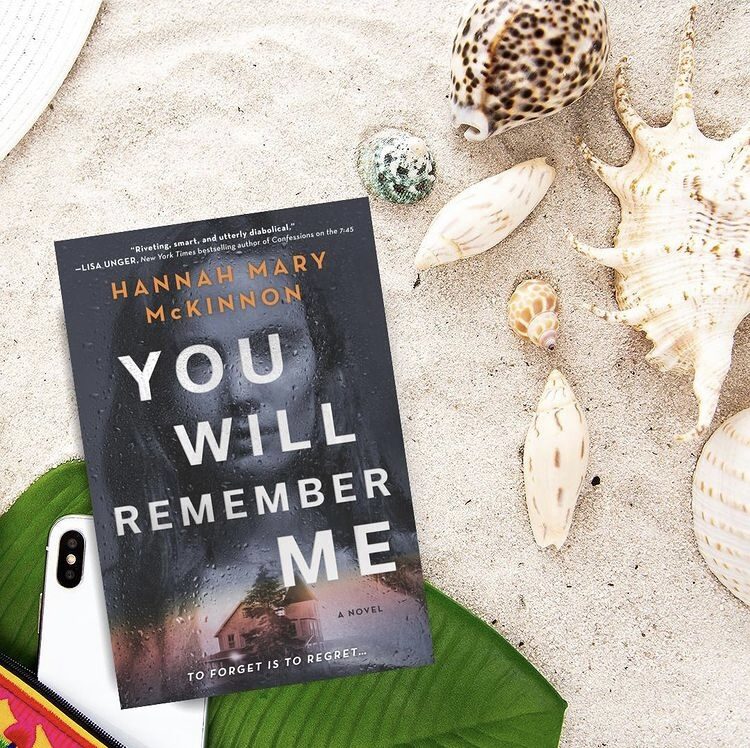 HMM: Yes, Jennifer Hillier, whose debut Creep has a little cameo in You Will Remember Me. Here’s why: years ago, while waiting for my son at our local library I spotted Creep on a shelf. Intrigued by the cover, I picked it up, read the blurb, took it home and couldn’t put it down. It was a turning point in my writing career. When I was younger I mainly read thrillers, but after a personal tragedy in my early 20s, I could only stomach light-hearted reads. Creep reminded me of my love of suspense, and I realized the second book I was working on at the time, The Neighbors, was far grittier than my debut (rom com Time After Time). Jennifer’s book gave me that final push I needed to cross over to the dark side. I have all her book and they are brilliant. Fun fact: we live in the same town and have become great friends. Mentioning Creep in one of my novels is an homage to her work and our friendship.

HMM: I’m fascinated by the resilience and strength of people, how they cope when faced with tragedy, what they do to survive—including the lies they tell themselves, and each other. Our experiences, both good and bad, shape who we become, and shape us differently, which is equally interesting to explore. Creating difficult but entirely fictional circumstances for my characters provides the opportunity to think about how, and why, people have varying reactions to the same situation. I hope my stories also make the reader wonder what they would do if they found themselves in my characters’ shoes. Writing about these dark themes is also an opportunity to examine my own fears from the safety of my keyboard, and reminds me not to take what I have, and the privileges that come with that, for granted.

GWR: What was the inspiration behind You Will Remember Me?

HMM: A few years ago, a man from Toronto vanished from a ski hill in Lake Placid while there on vacation and showed up six days later in Sacramento. He had amnesia and couldn’t remember much, including the cross-country trip he’d made as he’d hitchhiked across the US. Everything worked out for the man in the end and he found his way home, but it made me wonder—what could have gone wrong? That was the genesis for You Will Remember Me. 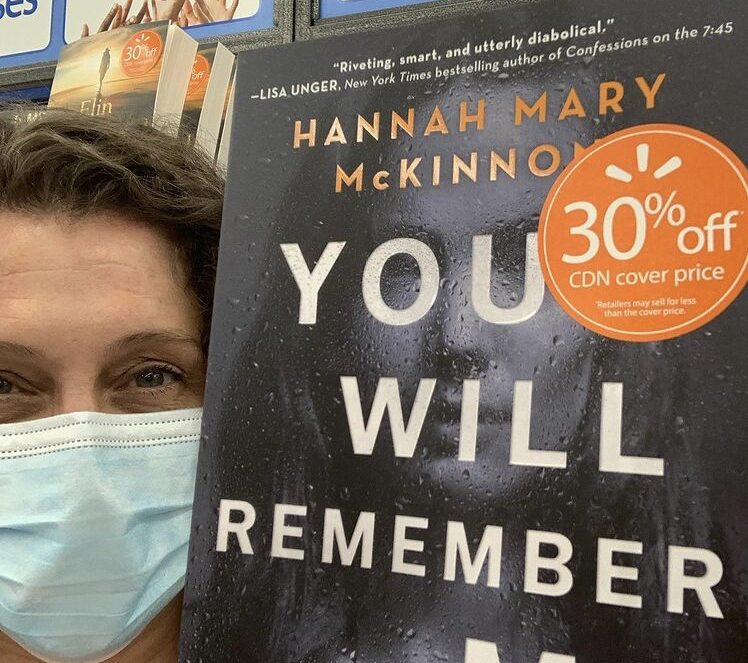 HMM: It really depends on the book. For You Will Remember Me it was the character because of the inspiration for the book mentioned above. For last year’s novel, Sister Dear, it was the initial story—something I heard on the radio that sparked my imagination. Sometimes idea and character arrive together. It’s a fascinating process.

HMM: I sympathized with all the characters—yes, even that one because they were so damaged—and I don’t think that changed as I wrote because I’d plotted the storyline quiet extensively and knew where they’d end up. All three were interesting to write for different reasons. Maya is probably one of the most complex characters I’ve ever written. Although Lily is a sunshine girl, she has her secrets, too, which were fun to explore. As for “the man from the beach,” unearthing him was a longer process, and I kept remining myself that because I knew his history, it didn’t mean he could know it, too, because of the amnesia. He was the biggest challenge to write.

GWR: How do you decide what point to start the story at and how much detail you’re going to provide?

HMM: It was always very clear to me that You Will Remember Me would start with a man waking up on a beach, not knowing where or who he is, and that never changed. For Sister Dear, however, my second to last chapter in my initial draft became my first. Frankly I tend not to worry too much about where to start, or if any chapter is detailed enough when I’m writing the initial story. I find it’s time better spent getting words on the page, however rough, so I can get to the editing stage. Same goes for when to reveal or include details, and how much to provide. When I do self-edits I’ll work on those issues, layering here, cutting there, moving things around. That’s when I ask myself if the pacing is too slow, if anything is confusing because it lacks detail or too convoluted because there’s too much. Once the manuscript goes to my editor, we continue to work on all these points until we’re happy with them. 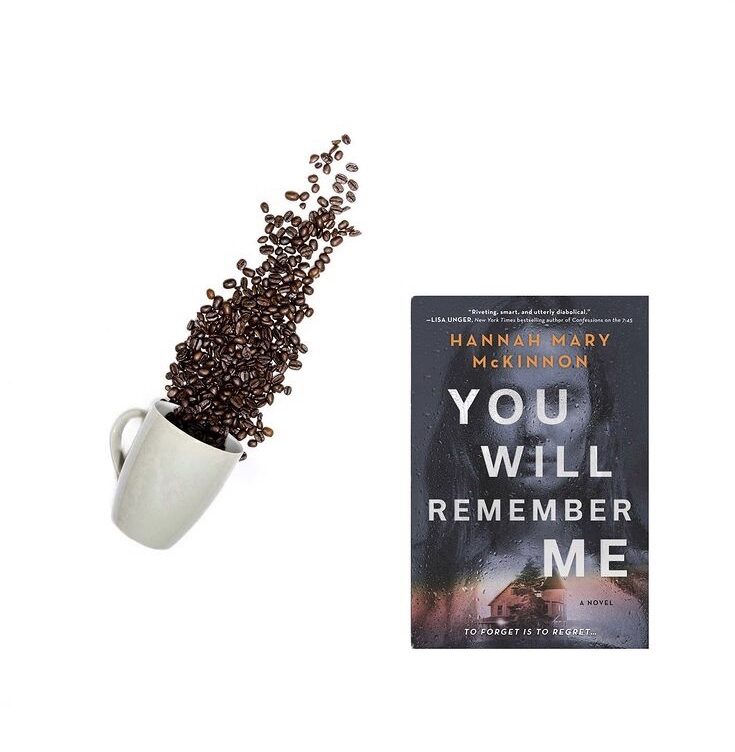 GWR: What made you decide to write the book from multiple points of view? Was it easier or more challenging to explore these parallel storylines?

HMM: As far as I was concerned, You Will Remember Me had to be told from three perspectives, I can’t imagine the book unfolding any other way. Having multiple protagonists makes it easier and more difficult at the same time. Easier because you only have to fill a third of the book with one character’s journey, but harder because you only have a third of the book to develop their character and make your reader connect with and care about them. You have to find the right balance.

GWR: Do you build your story around a twist/reveal, or does that happen as you write?

HMM: I love twists and turns, and the more books I write, the more I plot them. Detailed outlines make me more productive and efficient because I know where I’m headed, but more reveals happen as I write because I find it impossible to foresee everything in the plotting stage. I don’t think I’d want to, anyway. After all, that’s another fun part of writing, discovering what your characters will do when you let them loose.

GWR: If You Will Remember Me was a beverage, what would it be?

HMM: I’ll give you three:

Dark and Stormy (the man on the beach goes missing during a storm, after all)

Chocolate Amnesia (because I love chocolate)

Failing those two, grab a locally brewed beer from Maine

GWR:  What are you working on now?

HMM: Book 6, scheduled for May 2022 (title to be confirmed) is complete and I’m very excited about it. It’s written from the anti-hero’s point-of-view, which I’ve never done before, and is the story of Lucas, who hired a hitman on the dark web to kill his rich wife. A month later, Lucas receives a partial photograph of his wife in the mail. Who sent it? What do they know? And, more importantly, what do they want? I can’t wait to introduce you to my characters! In the meantime, I’m writing Book 7 for 2023, another suspense story about a therapy exercise gone wrong (dun-dun-duuuuun). 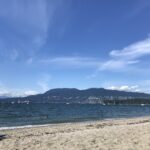 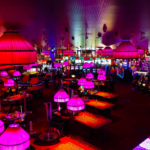 Next: How to Host a Stylish Casino Party