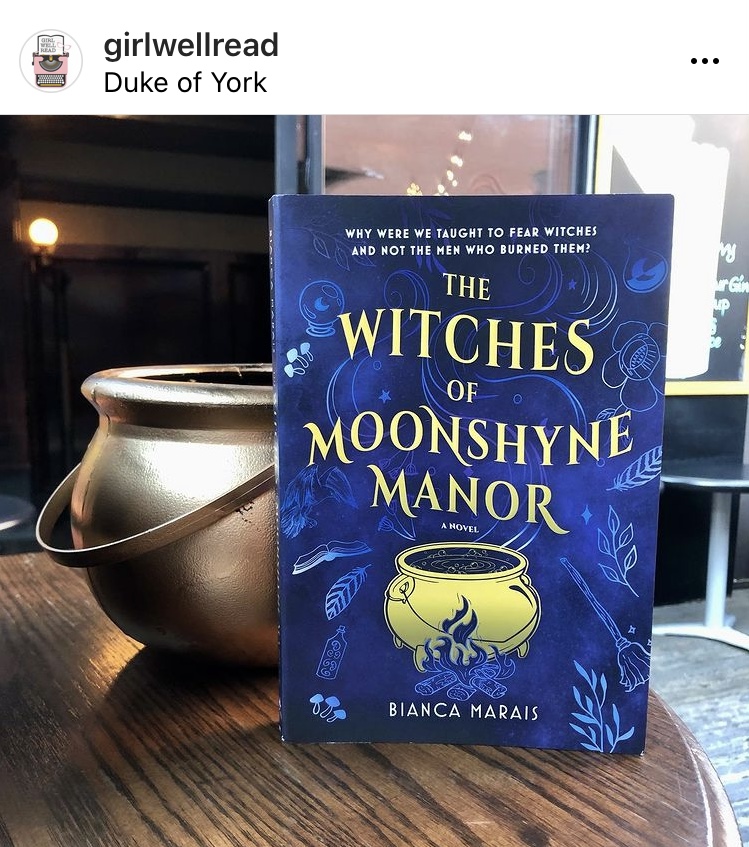 A coven of modern-day witches. A magical heist-gone-wrong. A looming threat.

Five octogenarian witches gather as an angry mob threatens to demolish Moonshyne Manor. All eyes turn to the witch in charge, Queenie, who confesses they’ve fallen far behind on their mortgage payments. Still, there’s hope, since the imminent return of Ruby—one of the sisterhood who’s been gone for thirty-three years—will surely be their salvation.

But the mob is only the start of their troubles. One man is hellbent on avenging his family for the theft of a legacy he claims was rightfully his. In an act of desperation, Queenie makes a bargain with an evil far more powerful than anything they’ve ever faced. Then things take a turn for the worse when Ruby’s homecoming reveals a seemingly insurmountable obstacle instead of the solution to all their problems.

The witches are determined to save their home and themselves, but their aging powers are no match for increasingly malicious threats. Thankfully, they get a bit of help from Persephone, a feisty TikToker eager to smash the patriarchy. As the deadline to save the manor approaches, fractures among the sisterhood are revealed, and long-held secrets are exposed, culminating in a fiery confrontation with their enemies. 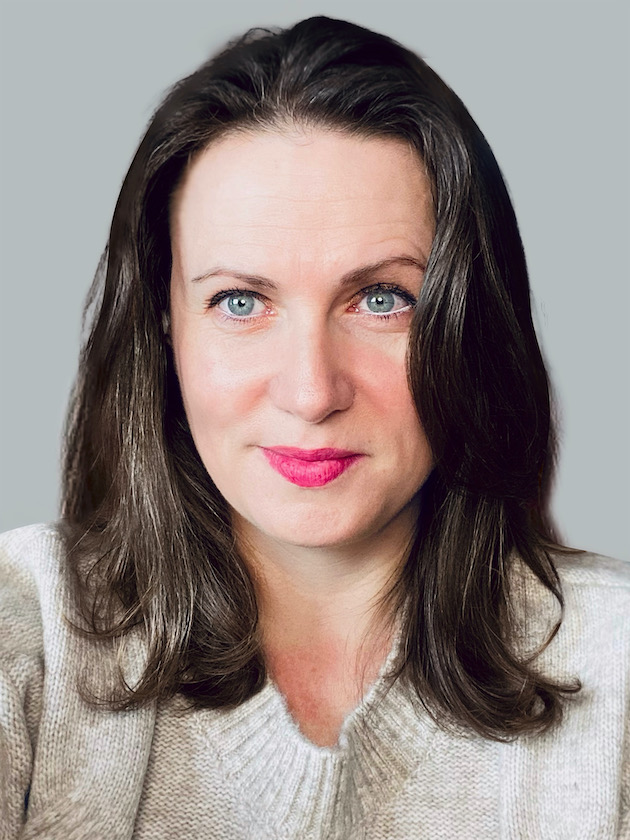 From the vivid imagination of Bianca Marais comes The Witches of Moonshyne Manor—a feminist and witchy rom-com that celebrates women and their complexities.

The coven faces issues that plague all females, one of which is aging. Society is obsessed with youth, tying it to beauty, thus denying women the privilege to grow old gracefully. Another paramount theme is that of sex and sexuality, topics that are often taboo with women that are more mature with age. Marais also explores themes of identity, sisterhood, and the balance of power.

Told from multiple points of view, the characters are complex and unique. With its propulsive narrative and strong female leads, The Witches of Moonshyne Manor is magical, mysterious, and full of mirth. You will be put under its spell.

Pick up your own copy of The Witches of Moonshyne Manor or keep reading to learn more about Bianca Marais in an inclusive interview with STYLE Canada. 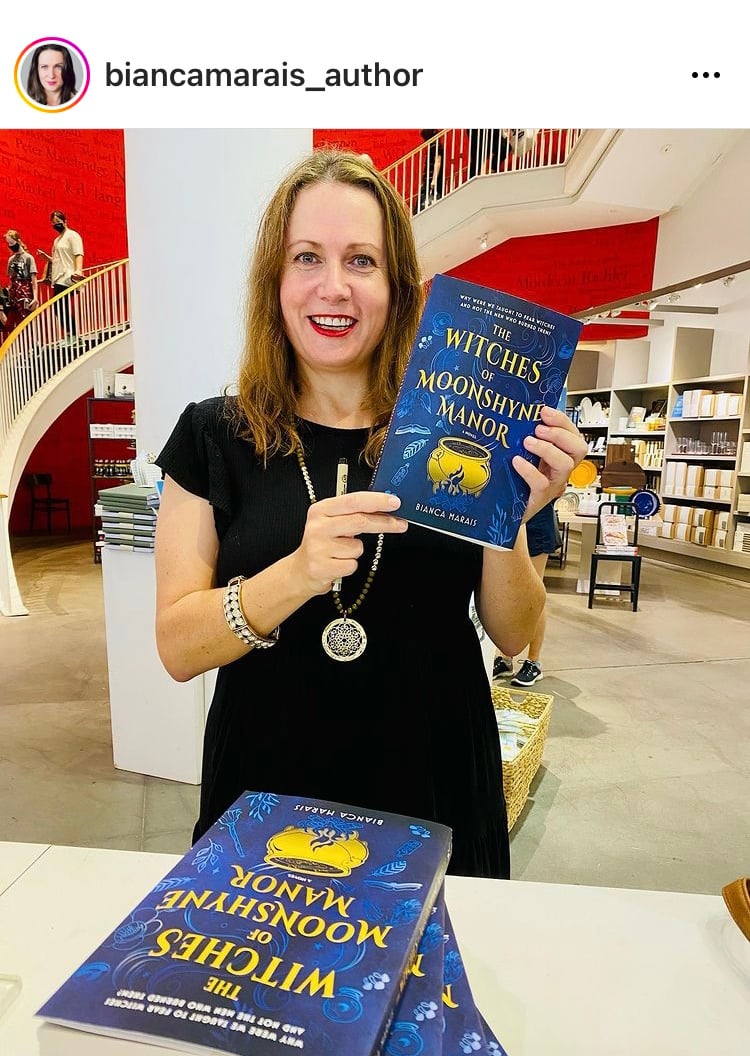 GWR: How did you start writing?

BM: From the moment that I first discovered the alchemy that is reading, I began writing, wanting to create the kinds of magical worlds that were in the pages of my favourite story books. I wrote and illustrated my first book when I was 7, although it was mostly a knock off of Enid Blyton! I gave it to my teacher to read, expecting remarks of my brilliance but I got it back marked up with red ink, teaching early on that everyone is critic!

After that, I wrote throughout high school, and encouraged by my amazing English teacher, Lyn Voigt, I won Best Original Script and Best Comedy for a play I wrote for the RAPS Wits One Act Play Festival was I was 16.

I went on to study English and Communications at University but then stopped writing for a long time. Just before turning thirty, I wrote my first novel, which was widely rejected by everyone because it wasn’t very good. And then I wrote another with the same result.

After I moved to Canada in 2012, I started doing the Certificate in Creative Writing Program at U of T’s SCS, and that’s when I started Hum If You Don’t Know the Words that would become my first novel to be published.

GWR: What does your writing process look like—are you a pantser/gardner or a plotter/architect? And does your process differ with each book?

BM: I’m totally a pantser. I write in order to find out what’s going to happen, and I love giving my characters free rein to take me wherever they need to go. If I know exactly what’s going to happen in a story, I have zero compulsion to write it. Having said that, I often write myself into a dead end which I then have to backtrack from, and that can be frustrating. So now I try to write to some vague destination that I know is coming up at some point, but don’t mind at all if my characters decide, nope,  that’s not where they want to go after all!

GWR: How did you come up with the concept for The Witches of Moonshyne Manor? What sparked the idea?

BM: An idea initially came to me of two best friends who were in their eighties, and one of them was beginning to show signs of Alzheimer’s. I originally imagined them in a regular seniors’ community but then an idea of a magical manor came to me, and it seemed much more fun to make the two best friends witches who were surrounded by other witches in their own magical version of a seniors’ village. I’d never written fantasy before and liked the idea of the challenge. Plus, I was writing this during another Covid lockdown, and I really needed a fun romp to distract me from how bleak the world was feeling. 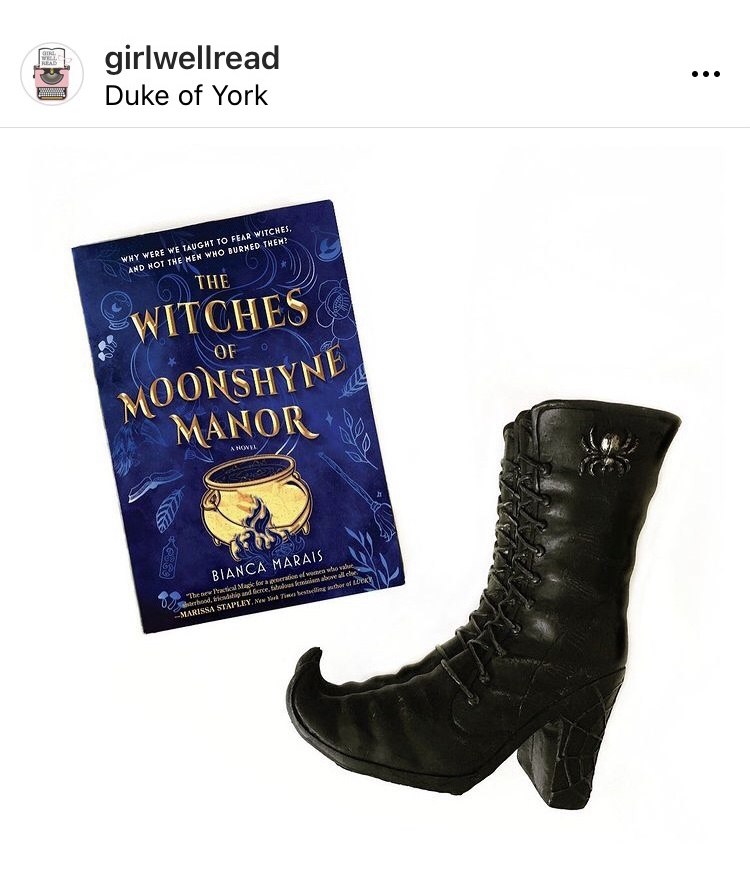 GWR: Where did you draw the inspiration for the Moonshyne Manor Grimoire from?

BM: Women have had so much knowledge and experience to pass down over the centuries and yet many of them weren’t taught how to write. And so that knowledge became a kind of word-of-mouth legacy. For witches it would be the same, mother passing her knowledge of the magical world down to her daughter who would then do the same with her own daughter one day.

In books about witches, there’s a lot of exploration of this maternal lineage, but I wondered what would happen with young witches who’d been orphaned. Who would teach them everything they needed to know if they didn’t have mothers to guide them? And so the Moonshyne Manor Grimoire was created as a repository for all the knowledge Great Aunt Mirabel had to share with her charges. And of course, the witches add to it themselves with naughty spells and cocktail recipes.

GWR: The coven faces issues that plague all women, one of which is aging. Why do you think growing old is viewed so negatively for women?

BM: I think society places enormous pressure on women to look a certain way and this is true throughout their whole lives. And so, too much focus is put on appearance, and how we age physically, and there’s also too much emphasis on that loss of youth, rather than the wealth of knowledge and experience we gain along the way. I think that if we gave up on these ridiculous beauty standards, and just allowed ourselves to age disgracefully like the witches in the book, we’d have a lot more fun along the way. There’s freedom to be had in aging, and to reach a point in your life where you just don’t care anymore what people think or what they expect from you; to just do what the hell it is that you want to do.

GWR: Why was it important to you to feature characters that are not usually represented/underrepresented?

BM: Representation matters in literature. It’s so important for us to read books and not just see ourselves in them, but to also see others in them who aren’t like us at all. Human nature tends to fear what it doesn’t understand, and how can we understand something unless we’re exposed to it often? The less we’re exposed to different cultures or gender identities or whatever, the more we see it as “other” and therefore, scary and strange.

We also tend to focus too much on our differences when what we should be focusing on is how we are the same in our pursuit of happiness and love, how what most of us want most is security, peace, good health and an opportunity to thrive.

If I can show in my writing how similar we all are, and if I can make my readers empathise with underrepresented characters, then I put my readers in those characters’ shoes. I truly believe the world would be a much better place if we were all more empathetic. 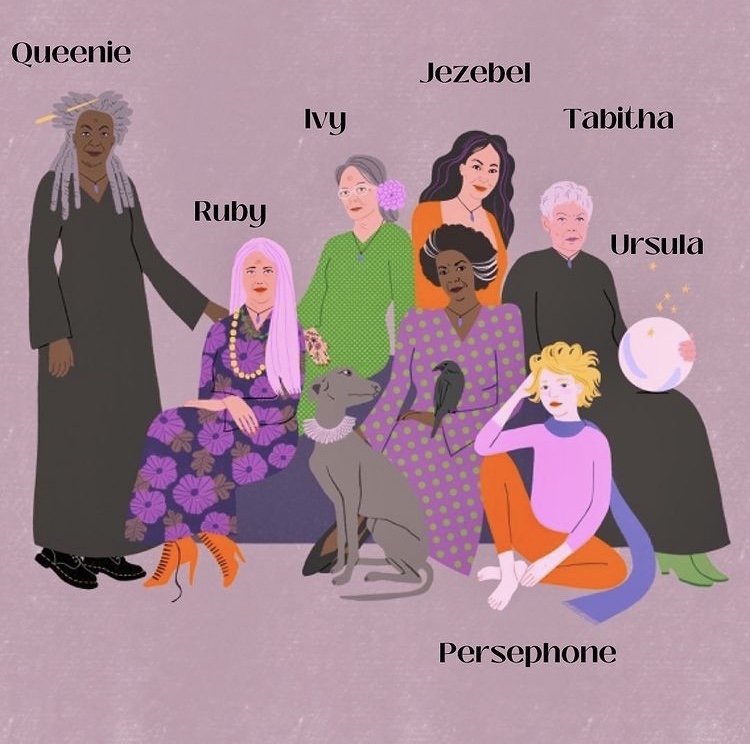 BM: That’s an interesting question. Had you asked me which character was most like myself, I would have to say Queenie. We’re pretty much the same person. LOL. But when it comes to sympathy, I sympathize with all of them for different reasons. Ursula is plagued with guilt for something that she did decades ago and that’s something she carries with her every single day. Tabby lives with such regret and bitterness which means that she’s missing out on so much joy. Ruby has lost so much and has struggled so hard to carve a place for herself in the world. I sympathize with all of their struggles because these are struggles that I’ve had at one point or another in my own life. The witches are all damaged, imperfect people who are just doing the best they can. Aren’t we all?

GWR: What is one thing you hope readers take away from The Witches of Moonshyne Manor?

BM: There are a few takeaways I’d like them to have: that sisterhood is incredibly important and we should never undervalue the women in our lives who prop us up and cheer us on; that love is love, and that we should all be allowed to be ourselves and love whomever we want; and that aging is freeing and it’s a privilege that not everyone gets to experience, so we really should enjoy it more. Also, we’re stronger together and should always fight for the things we believe in and that make the world a better place.

BM: It would be a fierce and fabulous cocktail like the Ruby Tuesday mentioned in the book. Here’s the recipe:

Add all the ingredients except the cherry to a cocktail shaker without any ice.
Shake as though you’re in a conga line holding the maracas.
Pour into a tumbler that’s filled with ice.
Garnish with a fresh cherry.

BM: I’m bouncing back and forth between two books at the moment, which I’ve never really done before. One is an emotional thriller, and the other is a dystopian fiction. We’ll see which one makes it to the finishing line. 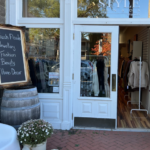 Previous: Round-up of Events Happening at the edit this October 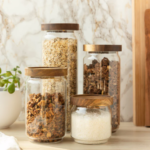 Next: Our Weekly Favourites from “the edit”