After time spent in foster homes, Cedar goes to live with her estranged father. Although she grapples with the pain of being separated from her mother, Elsie, and sister, Phoenix, she’s hoping for a new chapter in her life, only to find herself once again in a strange house surrounded by strangers. From a youth detention centre, Phoenix gives birth to a baby she’ll never get to raise and tries to forgive herself for all the harm she’s caused (while wondering if she even should). Elsie, struggling with addiction and determined to turn her life around, is buoyed by the idea of being reunited with her daughters and strives to be someone they can depend on, unlike her own distant mother. These are the Strangers, each haunted in her own way. Between flickering moments of warmth and support, the women diverge and reconnect, fighting to survive in a fractured system that pretends to offer success but expects them to fail. Facing the distinct blade of racism from those they trusted most, they urge one another to move through the darkness, all the while wondering if they’ll ever emerge safely on the other side.

The Strangers is a story about a family who are deeply connected despite being fractured. Taking place a few months after The Break, Vermette continues with Phoenix’s story. Failed by her addict mother, her school, and the system, she is now in custody. Phoenix’s life is filled with violence, pain, and anger.

Told from each of the women’s perspective, Vermette deftly explores themes of disconnection, racism, trauma, and pain which often takes the form of rage. Margaret, the grandmother, is fuelled by her rage that stems from being an Indigenous woman in a world where the norm is being white. Her reaction to trauma is to fight. This response is to preserve herself, only she doesn’t know where to stop. Margaret and her daughter Elsie are estranged because of their arguments. And by extension, Elsie’s children, Phoenix and Cedar, are estranged because of her addiction, which is the conduit of her pain. Cedar Sage is the very heart of the story. No matter what Phoenix does, Cedar remembers that Phoenix was a good sister who always took care of her—she is Cedar’s home.

The relationships between the women are complex and fragile. Although they are connected by blood, it is their sorrow that they pass down to one another. Some of this sadness is a result of a system that has been imposed upon these women, one that is designed to separate them as well as traumatize them. Phoenix’s child is taken from her and is a mirror of her own experience of being taken from her mother and put into foster care with her younger sisters. This is also symbolic of the history of separating Indigenous children from their families, culture, and religion in order to assimilate them into the dominant “Canadian” culture.

Searing, poignant, and raw. The Strangers is an exploration of race, class, and trauma as told by four unforgettable women who are bound by their unbreakable matrilineal bonds. Highly recommend!

Scroll to learn more about Katherena Vermette in an inclusive interview with STYLE Canada!

KV: In a true writing time, I am writing about 3-4 hours a day. But what I call true writing time doesn’t happen constantly, or very often some seasons. For novels, my process is pretty research/thinking/planning heavy for a few weeks, if not years or decades. I like to use things like maps and genealogies and post it notes as tools and places to put my thoughts. After I do this for a while, there is a moment I finally decide it is time! (to stop procrastinating!) and then the writing happens. I write pretty intensely when I get down to it, and I write as much as I can until I have to pause (if I made a mess and have to plan some more) and eventually until I finish.

KV: Definitely the characters. I live and breathe characters and for me, they make everything else. They are what decides the plot, theme, idea and embodiment of the story.

GWR: How do you choose the names for your characters?

KV: In different ways. I usually have themes for families or groups. For my first novel, several characters are actually named after streets they live on, others are named after historical figures. Other names seem to come from more ethereal places, like Echo who is the time traveling young person who very much is the echo of her ancestors.

GWR: What character did you sympathize with the most and did that change while writing The Strangers? Do you have a favourite character?

KV: My favourite character, hands down and without shame, is Cedar Sage Stranger. She is the best person in every way and poured all my mama love into her. She was actually pretty difficult to write. She came out pretty slowly, and then I went back and changed her story completely. And then, I switched her to first person and she really, finally started to sing.

KV: The Strangers was so much easier on me compared to my last book, in terms of bad horrible sad scenes anyway. The first chapter was pretty difficult emotionally, as it is about a traumatic birth. That one was hard. It was also the first chapter I wrote for this book, so made for a shaky beginning.

GWR: Was it easier or more challenging to explore the matrilineal parallel storyline? Why did you decide to write The Strangers from multiple and generational points of view?

KV: I love multiple POV books. I knew the story of family would have to be from different points of view. I have only written multi-POV novels so don’t know if it’s more challenging. I can say the second novel was way easier to organize than the first. That one was a mess for years. This one, I went in knowing what I wanted and kept the mess pretty contained.

GWR: Can you speak to the pressures and hardships placed on Indigenous women both from within their families and from society and why this is so integral to the story and to your writing as a whole.

KV: I don’t know how to answer this. My questions going into this book, into the storylines my characters set for me, were about how we affect and reject each other, how the insidious nature of mother to daughter abuse is so hard to define and therefore equally hard to catch and cure. I wanted to explore rage! Rage is such a valid feeling in this sh*tstorm of a world, and that feeling can be so understandable but violence never is. How family is literally made by pregnant persons and their ability, hopefully, to choose. I wanted to talk about how the state has devastated Indigenous families in various ways, and is still very much doing this. I especially I wanted to think about how even when we are separated, even when we cannot be together for whatever reason, we are still so very much a part of each other.

KV: Ah, these days I’m thinking a lot about Lee Maracle and how she literally kicked open doors and stormed the stage for people like me. She was a great mentor. I was lucky to be one of so very many she mentored and set on this path.

GWR: What books are you reading and recommending?

KV: I read so many weird and old things. This past year I absolutely loved Ghost Lake by Nathan Niigaan Noodin Alder and Probably Ruby by Lisa Bird-Wilson.

KV: I’m working on the next book in this series. It starts right about where The Strangers ends and includes many of the character from the two previous books. I can say that much, sure. 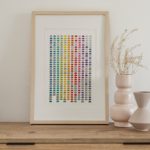 Previous: Fitness Accessories that will Upgrade your Workout Routine in 2022 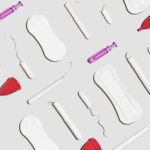 Next: Change the way you use and think about Period Products with Only: an Affordable and Sustainable Canadian Company