Welcome to STYLE Canada’s Boreal Book Club: a monthly meeting narrated by Erin Catto, (reviewer at Girl Well Read), for bookworms who are looking to scour new pages. Each instalment of our Boreal Book Club will feature a Canadian author and their latest title. Be sure to use the hashtag #BorealBookClub to share with us on social!

Molly Gray is not like everyone else. She struggles with social skills and misreads the intentions of others. Her gran used to interpret the world for her, codifying it into simple rules that Molly could live by.

Since Gran died a few months ago, twenty-five-year-old Molly has been navigating life’s complexities all by herself. No matter—she throws herself with gusto into her work as a hotel maid. Her unique character, along with her obsessive love of cleaning and proper etiquette, make her an ideal fit for the job. She delights in donning her crisp uniform each morning, stocking her cart with miniature soaps and bottles, and returning guest rooms at the Regency Grand Hotel to a state of perfection.

But Molly’s orderly life is upended the day she enters the suite of the infamous and wealthy Charles Black, only to find it in a state of disarray and Mr. Black himself dead in his bed. Before she knows what’s happening, Molly’s unusual demeanor has the police targeting her as their lead suspect. She quickly finds herself caught in a web of deception, one she has no idea how to untangle. Fortunately for Molly, friends she never knew she had united with her in a search for clues to what really happened to Mr. Black—but will they be able to find the real killer before it’s too late?

The Maid is a Clue-like, heartwarming mystery that explores the art of deception, morality, and what it means to be accepted.

Molly the Maid takes comfort in order and completing tasks to perfection. Being a maid compliments her personality and gives Molly the security of being invisible as she often misreads social cues and situations. With her innocence and eccentricities, Molly is an endearing, likeable, and a standout character that readers will find themselves rooting for from start to finish.

With elegance and flair, this character-rich whodunnit is flawlessly paced and intricately plotted—The Maid is as perfect and polished as one of Molly’s hotel rooms. The writing is rich in such a way that you can smell the lemon wax and hotel soap, as well as feel the crisp sheets and plush seating.

Prose’s highly original and stunningly clever debut will both delight and charm mystery lovers. Check in to The Maid and enjoy your stay.

Scroll to learn more about Nita Prose in an inclusive interview with STYLE Canada!

GWR: The Maid is a fresh take on the traditional mystery. How did you come up with the concept?

NP: It happened on a business trip about two years ago. I was staying at a London hotel. One day, after a meeting outside the hotel, I returned to my room and startled the maid who was folding the jogging pants I’d left in a tangled mess on the bed (embarrassing!). The second I entered the room, the maid jumped backward into a shadowy corner. It occurred to me in that moment what an intimate and invisible job it is to be a room maid. Simply by cleaning my room every day, this maid knew so much about me. But what did I know about her? On the plane home a few days later, my protagonist Molly’s voice came to me. I grabbed a pen and a napkin, and wrote the prologue in a single burst. I didn’t know it at the time, but I’d just begun my debut novel.

GWR: Tell us about your writing process. Are you a pantser/gardener or a plotter/architect?

NP: I am a plotter/architect. I need some scaffolding and plans set out on paper before I can really go for it with the writing.

GWR: You are also a longtime editor who has worked on many bestsellers—did this help or hinder your writing?

NP: My years of experience as an editor mean I’ve been steeped in story structure and narrative for a long time. Still, that didn’t mean there weren’t psychological hurdles I had to get over in order to write my debut.

When I finished the first draft of The Maid, I was terrified to share my work. Why? Because all of my professional colleagues would know about it! I kept running through scenarios where I’d receive horrible rejections from agents and publishers who, always polite, would call my work “lovely” and then “regrettably decline” while eye-rolling.

Eventually, though, I put my big girl boots on and pressed send. I was thrilled when my dream agent decided to take me on. She understood my novel not only as a mystery but as “uplit”—a novel driven by a life-affirming spirit of hope. And that’s what I want readers to carry away with them once the last page is turned—hope. I suppose it was hope, too, that made me get over my own fears and share my manuscript in the first place!

GWR: Did you perform any research?

NP: Covert hotel missions, which involved sneaking around back corridors and the workers’ quarters—places guests aren’t supposed to go.

GWR: Molly is a charming character with a unique way of viewing the world—how did you develop her?

NP: Something important to me was that readers not approach Molly with any preconceptions. Therefore, I didn’t want her to be labelled as different or as “other” in any way. This is a novel about what it means to be the same as everyone else…and yet entirely different. If I flagged the “different” part, readers might miss the most important part—how Molly is the same as all of us. I wanted readers simply to be invited to step behind her eyes, to live as her. I hoped that to live as her was to love her.

GWR: Gran gives such sage and comforting advice. Was she based on someone in your life?

NP: Gran is an invention, but there are facets of my mother in her. My mother died a few years ago, and in some ways Molly allowed me to study my own grief and to resurrect the parts of my mother I miss the most. Gran is also my way of offering the reader a gift that I was so lucky to have in real life—a fiercely loyal matriarch who loved unconditionally and led with her heart.

NP: Not really, no. But I did gain sympathy for and understanding of certain characters (Giselle, for instance) the more I wrote about them.

NP: The best advice I’ve received as an author is to trust your story to lead you, to search it for clues and a sense of direction. As an editor, I often advise my authors to do exactly that.

NP: I have a few different projects in the hopper, but true to form, I’m going to leave the details a bit of a mystery. 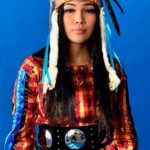 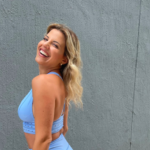