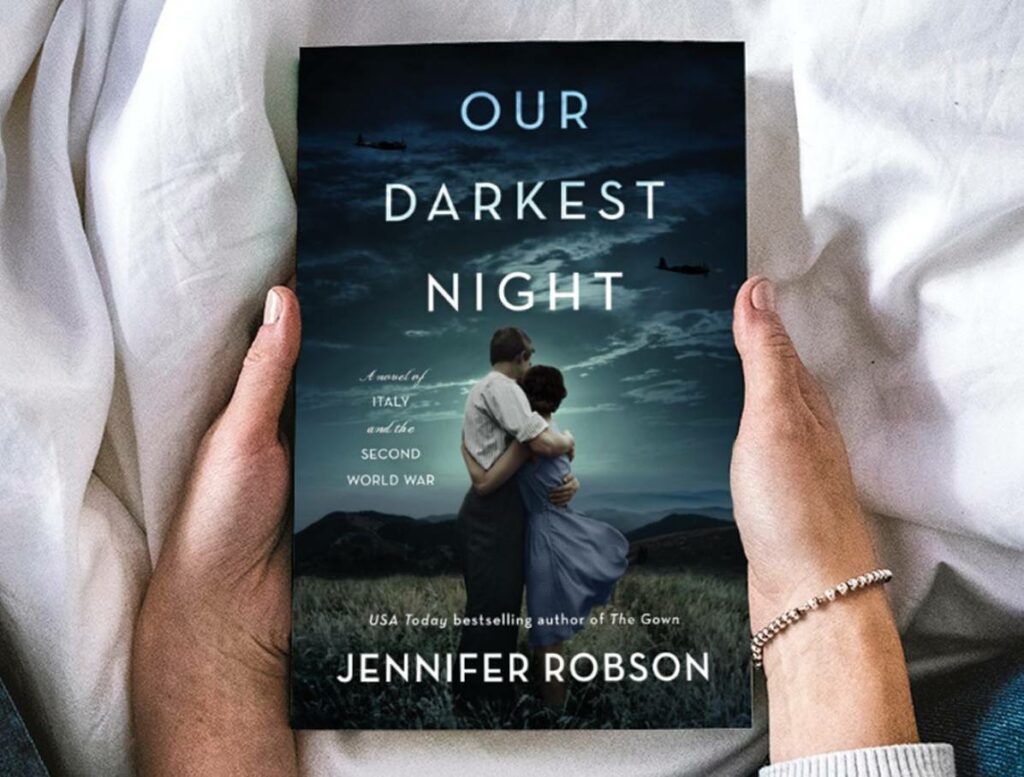 Welcome to STYLE Canada’s Boreal Book Club: a monthly meeting narrated by Erin Catto, (reviewer at Girl Well Read), for bookworms who are looking to scour new pages. Since we aim to shine a spotlight on all things Canadian in life and style, beauty, and health and wellness, it goes without saying that every instalment of our Boreal Book Club will feature a Canadian author and their latest title. Be sure to use the hashtag #BorealBookClub to share with us on social!

Our Darkest Night is a WWII story about a young Jewish woman, Antonina Mazin, who aspires to be a doctor, just like her father. When the political situation worsens, Antonina’s father arranges for her to go into hiding as a farmer’s wife in a remote village — she will now be known as Nina, the Catholic wife of Niccolò Gerardi.

Nico was studying for the priesthood until circumstances forced him to leave the seminary and return home to run his family’s farm. He is a moral and just man who vows to keep Nina safe while keeping secrets of his own.

At first, their relationship is only for show. Nina is struggling with her new life on the farm and especially with Nico’s sister, Rosa. While working for the Resistance, they fall in love. But when a Nazi officer discovers Nina’s true identity, their lives become fraught with danger.

Inspired by her inlaws’s family history, Our Darkest Night has author Jennifer Robson deviating from her usual England setting to that of the countryside in Italy.

Through her meticulous research, Robson balances a romance against the historical accuracies of WWII. In spite of the horrors of war, there is a great beauty that can be found in both the setting and Robson’s well-developed characters. Nina and Nico are both strong as individual characters, but it is their bond that is truly inspirational. This book is proof of the power of love.

Moving and poignant, Robson is a historical fiction force. Her attention to detail and lyrical prose make her characters leap off the page and into the reader’s heart. Our Darkest Night is a story of sacrifice, love, survival, and above all, hope.

Keep reading to learn more about Robson in an inclusive interview with STYLE Canada.

GWR: What was the inspiration behind Our Darkest Night?

JR: In 2016 my husband and I learned that his mother’s parents had helped to shelter Jews, most of them fellow Italians, during the Second World War. When I finally got around to digging into this family history — my son had asked me if it was true and I had to admit I wasn’t sure — I unearthed the true story of Father Oddo Stocco, the parish priest in my in-laws’ hometown of San Zenone degli Ezzelini, who was named Righteous Among the Nations for helping to save more than fifty innocent people from arrest, deportation and near-certain death.

Although I wasn’t able to definitively prove my husband’s grandparents helped Father Stocco (I believe they did, but in all honesty I cannot prove it), I was inspired to write a novel in which a young Jewish Italian woman is forced into hiding during the war. What must life have been like for the innocent people who were robbed of so much in those years? And how did they manage to survive? Our Darkest Night is my attempt to answer those questions.

JR: I am a plotter/architect down to my toes! I do a ton of planning, to the point where my detailed outlines are nearly as long as a first draft, but it’s only after working out the structure of my book, and ensuring it accords with the history of its setting, that I can begin to tell my story.

GWR: I’m always amazed at the level of detail in your books — tell me about the research you did for Our Darkest Night.

JR: Because my area of expertise centres on Britain and France in the two world wars, I had to do a lot of background reading on the history of Italy in the first half of the 20th century — its political history as well as the history of Italy’s Jews, and with it the disheartening rise of antisemitism in those years. I then worked my way through a number of more specialized works — the sort of books that often originate as a scholar’s doctoral thesis — before coming to the really fun part: digging into first-hand accounts of life in Italy in the 1940s. Here I relied on memoirs, diaries, recorded oral history interviews, and mass media from the period such as newspapers and magazines, advertisements, movies, and popular fiction.

I also interviewed a number of people who lived through those years, most of them elderly relatives of my husband, in the hopes of unearthing the sort of details you mention. It was from his aunts and uncles that I learned about mattresses stuffed with cornhusks, laundry that was rinsed in the stream, warm polenta and milk for breakfast, mice in the granary, and pinza cake cooked on the hearth. To be honest, I probably have enough material from them to write another entire book!

GWR: How did you balance crafting a good story against historical accuracy in terms of character development?

JR: I always ask two questions when I’m deciding what will happen to my characters. First: is what occurs to them possible? That is, could it have taken place according to what is known about the time and place where the book is set? If it isn’t possible, then I know I have to adjust the action of the book so it aligns with known historical events. Then I ask a second, and possibly more important question: Is it plausible? Is what I am doing to my characters not only possible given the context, but also believable and realistic and understandable? Only if I’m able to answer yes to both questions do I proceed.

JR: Nico’s sister Rosa, in my first outline of the book, was a peripheral character, but she became so much more by the time I was finished writing Our Darkest Night. Now she is one of the figures in the book that readers seem to love the most! I think they’re drawn to her incredible courage and resilience, as well as the core of kindness that she hides so well behind a somewhat crusty exterior.

JR: I don’t want to introduce any spoilers here, but it’s clear from the description of the book that it involves the Holocaust. And anything that involves the Holocaust is going to be difficult — if it isn’t difficult, then as a writer you are missing some key part of the equation. It is critically important not to minimize or diminish the suffering of the innocent people who were tortured and murdered, but it’s also important, I believe, to do so without fetishizing or in any way glorifying the violence and savagery of the malefactors. The solution was for me to focus exclusively on my protagonists and their point of view. Making their humanity my focus was essential to my understanding of those events, and consequently my fictional interpretation of them.

JR: I think it would be to not doubt myself so much. I spent most of my twenties and a good part of my thirties utterly convinced that I was a failure. What I was actually doing in those years, however, was learning everything that I rely on now: I was discovering how to think like a historian, I was learning the discipline required to be a full-time writer, and I was doing a lot of reading. In essence, I was setting the groundwork for what came next. If only I’d known it at the time!

JR: I’m working on my next book, which has the working title of Coronation Year and is set in a small London hotel in 1953. While the backdrop is the runup to the coronation of Queen Elizabeth II, the focus is on the people who work at and live in the hotel. I have a huge map of the procession route for the coronation pinned to the wall next to my desk, and right now I’m spending a lot of time daydreaming about life in that city and that year. 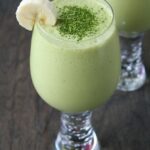 Previous: 5 Matcha Smoothie Recipes To Jump-Start Your Day With 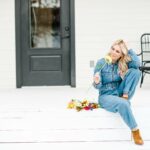 Next: Allow HGTV’s Kortney Wilson To Refresh Your Zoom Backdrop On Today’s Episode of Let’s Talk About, Our New Podcast