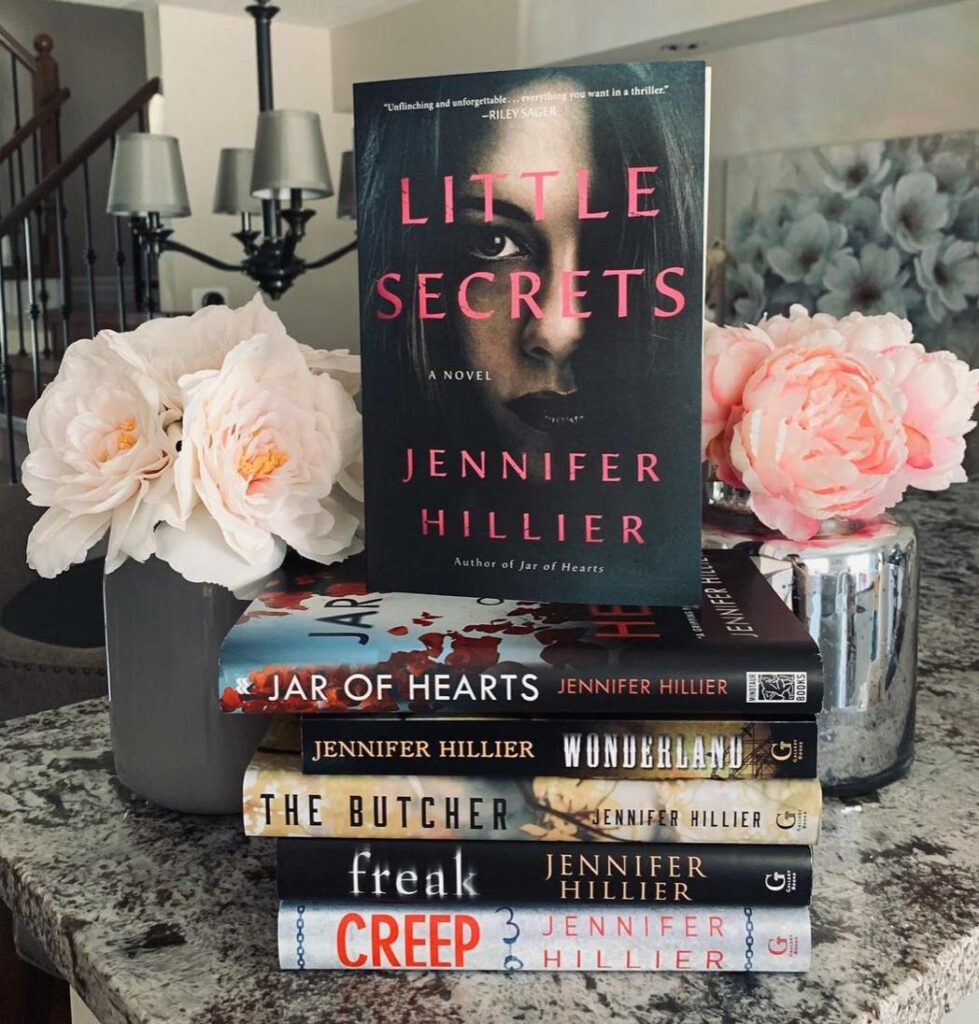 Welcome to STYLE Canada’s Boreal Book Club: a monthly meeting narrated by Erin Catto, (reviewer at Girl Well Read), for bookworms who are looking to scour new pages. Since we aim to shine a spotlight on all things Canadian in life and style, beauty, and health and wellness, it goes without saying that every instalment of the Boreal Book Club will feature a Canadian author and their latest title. Be sure to use the hashtag #BorealBookClub to share with us on social!

All it takes to unravel a life is one little secret…

Marin and her husband, Derek, are successful and admired in their community — she owns a chain of upscale hair salons and Derek runs his own company. They are living the perfect life until their son, Sebastian, is taken. He let go of his mother’s hand in Pike Place Market and was lured away by someone in a Santa Suit with a lollipop.

A year later, Marin is a mere shell of her former self. The FBI search has gone cold, all of the publicity surrounding the case dried up, and her and Derek barely speak. Taking matters into her own hands, she hires a private investigator to pick up where the police left off.

But instead of finding Sebastian, Marin learns that Derek is having an affair with a younger woman named Kenzie. She’s an enemy that becomes a target for all of Marin’s pent up rage — she’s lost her son and is not about to lose her husband too.

Little Secrets is a perfectly-paced union of domestic suspense and psychological thriller. Hillier ratchets up the tension with themes of obsession, guilt, and betrayal. She also pens layered and complex characters; Marin’s consuming guilt and grief turns into anger, which propels the narrative. Her best friend/former boyfriend Sal is an ex-con with his own dark agenda. He encourages Marin to make a decision that will have potentially catastrophic consequences.

Hillier is an electric writer and gifted storyteller. She plays on her reader’s anxieties and sympathies. By making Sebastian missing and not dead, Hillier holds everyone in a suspended state along with her characters. And what makes this book a standout in its genre is the added layer of emotion.

Delightfully distorted, emotionally wrought, and perfectly paced, this book won’t be a secret for long! Pick up your own copy of Little Secrets or keep reading to learn more about Hillier in an inclusive interview with STYLE Canada.

GWR: What was the inspiration behind Little Secrets?

JH: Every novel I write starts with a tiny seed of an idea, almost like a snapshot of one scene. Little Secrets actually began as a story about cheating. I could see a woman, about 40 and married, sitting in a diner in the middle of the night, waiting to meet someone. I wanted to know why she was there, and who she was meeting.

As I wrote the scene, it went in a much different direction than I thought. Later, I figured out that Marin’s son had been kidnapped long before the diner scene ever took place. While Little Secrets is not exactly a ‘missing child’ story, the disappearance of Marin’s son (which happens in the first chapter) obviously affects everything she does afterward.

GWR: What comes first for you — the overall idea or the characters?

JH: It’s usually the characters. The plot doesn’t develop until I’ve begun to flesh them out, and I tend not to know the hook of the story until I fully understand what it is the characters really want.

JH: Total pantster. And I wish I wasn’t. If I could plot and then write, I think I would be so much more efficient, but anytime I’ve tried that, I’ve lost total interest in the story. The joy of writing, for me, is being as surprised as my readers with each new revelation and twist. But it unfortunately makes for a very inefficient writing process.

JH: These days, I write in little chunks over the course of an eight-hour day. Pre-pandemic, when my son was doing school in-person and my husband was at the office and I had a quiet, clean house to myself, I could usually hit my quota within three hours (I try for 2,000 words per day).

But now, with my son in virtual school and my husband working from home, everything is noisy and messy and just harder, which I know is the case for everyone. So now I write whenever and however I can. I’m constantly interrupted, so it’s twenty minutes here, two hundred words there, whatever I can do.

JH: Sal was meant to be a very minor character, until I figured out how long he and Marin had known each other and how close they were. Their long friendship added layers to her backstory and elements to her personality that wouldn’t have otherwise existed. But then other characters that I thought would be major ended up having not as much to say (like Derek). I’m always surprised by how things work out.

JH: There were a lot of hard scenes in Little Secrets, but if I had to choose one, it would be when Marin learns that one of the people from her support group has finally found their missing child… and it’s terrible news. Marin spirals to a pretty dark place, and as a mother myself, it was like putting myself through a nightmare of my own making. I needed a couple of days to recover after writing that scene.

JH: I think writing dark stories helps me to make sense of the horrific things that happen in real life. Everything that fiction has ever delved into has actually happened somewhere, to someone, and in many cases, the truth is even worse than the stories we writers create.

I recently watched American Murder: The Family Next Door on Netflix, which is the true story of Chris Watts murdering his wife and children. Can I just say, that real-life story was way worse than any thriller I’ve read, maybe ever. Writing about the dark stuff helps me feel a sense of control over the terrible things that actually happen, especially since I try to end all my stories with a sense of resolution. Which we don’t always get in real life.

GWR: Is there a particular author or work that inspired you to become a writer or the way you write?

JH: There have been many. The first non-picture books I ever read as a child were the Nancy Drew books, which probably encouraged a love of mysteries in general from an early age. I also discovered Stephen King pretty early, and then as a teenager, I loved Sidney Sheldon.

King taught me a lot about characters, and how, if a reader truly believes in a character, the reader will also believe anything that happens to that character, no matter how outlandish. And Sheldon taught me the fun of a fast-paced read, and how to move the reader quickly from one scene to another — basically, how to write a page-turner.

As I got older, I started reading a lot of thrillers, which seemed to combine what I loved most about King and Sheldon. I read Jeffery Deaver, Jonathan Kellerman, John Grisham, and then eventually discovered Chelsea Cain and her serial killer, Gretchen. Cain’s fearlessness in writing Gretchen changed everything for me.

JH: I’d tell her not to do it and to finish her degree, because writing is hard! Okay, kidding. I would probably just remind her to keep reading a lot, and writing a lot, and to stay true to her own voice. I think everything that happens in our lives brings us to exactly where we need to be to write that first book.

I could not have written Creep, my first thriller, in my twenties. I needed to get married, turn 30, work, buy a house, sell a house, and move to Seattle in order to be in the right space both physically and emotionally to write that first novel. (Also, Creep is being re-issued by the publisher in March, ten years after it was first published — I’m excited to see it back out in the world!)

JH: Another psychological thriller, which should be out in Spring 2022-ish. I’m a bit superstitious and I don’t like to talk about my books until the first draft is complete, and I’m still a few months away from that happening. But I’m having fun writing it!

If you’ve read Little Secrets, be sure to use the hashtag #BorealBookClub to share with us on social! 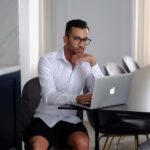 Previous: A Look A Day With HGTV’s Rizwan Malik: How The Hot Market Host Is Spicing Up His Virtual Wardrobe 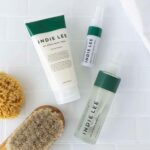