5 Underrated Christmas Movies You Should Watch

Besides all the festivities and good food, one of the best things to do during the holidays is watching Christmas movies. Whether you’re sitting with family and friends in the living room or on your own, having a hot cup of cocoa and holiday treats while watching movies is a fun and relaxing thing to do.

Classic Christmas movies like Home Alone is always a fun and safe choice. However, you’re missing out if you haven’t watched these five movies that we think are so underrated.

Silver Skate is the first-ever Russian “Netflix Original.” This movie tells the story of Matvey, a petty thief from St. Petersburg, who warms the heart of an aristocrat’s daughter named Alisa. The story is set in 1899, during Christmastime when the city and its river are frozen. People are skating instead of walking, making this movie look like a fairy tale. However, don’t get deceived by its main storyline. You’ll find yourself on an emotional roller coaster. This movie has a bit of everything, from fighting scenes to women’s empowerment.

This movie is one of the classics that doesn’t get enough credit. It tells the story of a divorced dad, Scott, who accidentally kills Santa Claus. He is magically transported to the North Pole and is forced to take Santa’s place before the next Christmas arrives.

How the Grinch Stole Christmas

This live-action version of the Grinch is arguably the best version of this movie. Played by Jim Carey, the Grinch is a creature who lives inside a cave on Mount Crumpet with his dog, Max. He hates Christmas, so when he finds out the Whos are making Christmas bigger and brighter, he plans to ruin it by posing as Santa Claus.

Christmas is the best time to watch a cheesy love story like Love hard. While it is indeed cheesy, this movie is bringing a twist to its story by adapting it to the current trends of social and dating lives. It tells the story of a young woman who travels to her online crush’s hometown for Christmas, only to find out that she’s been catfished.

The Knight Before Christmas

Another rom-com on Netflix that we think is delightful to watch is The Knight Before Christmas. It tells the story of a medieval knight transported to the present day. He fell in love with a science teacher who had lost her belief in love.

What movies are you watching this holiday? Let us know by tagging us on Instagram! 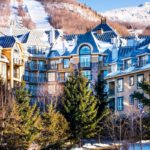 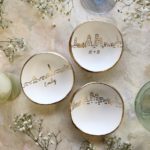 Next: The Best Boxing Day Deals for 2021